Cal Crutchlow has hit out at Avintia for handing Christophe Ponsson his MotoGP debut at Misano, after the debutant languished off Friday's practice pace

Ponsson, who currently races in the Spanish Superstock 1000 series, was chosen by Avintia to stand in for the injured Tito Rabat for the San Marino Grand Prix, taking Xavier Simeon's two-year-old bike.

Ponsson finished first practice outside the 107% cut-off, 7.4 seconds slower than pacesetter Andrea Dovizioso, but improved by almost two seconds in FP2 to put himself half a second inside the 107% mark.

A number of riders expressed their concern about Ponsson's lack of credentials on Thursday, although Crutchlow was willing to give the 22-year-old the benefit of the doubt.

But after sharing the track with Ponsson, Crutchlow admitted the speed differential between the newcomer and the rest of the MotoGP pack was "dangerous".

"It's great to give somebody an opportunity, but looking at how his [Ponsson's] day went, it's quite dangerous for him to be on track with us," said Crutchlow.

"I don't blame the guy. If you get given the opportunity to ride the bike, you would do it. Why not? But the team is stupid.

"They are just making themselves look like more idiotic than they already look." 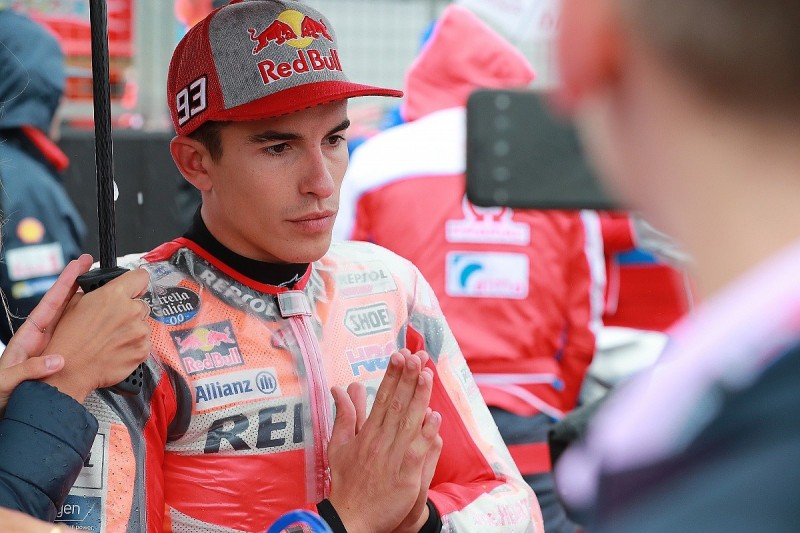 "It's so difficult to ride a MotoGP bike for the first time in a GP [weekend], understand the tyres, the electronics," he said.

"Sure, he was very slow, but it's normal. I was very slow the first time with MotoGP. It's not his fault. We need to understand for the future.

"When more or less everybody has the same speed, you can [trust] in the rider in front, that he will do a normal line. But when he's five, six seconds [slower] it becomes dangerous."

Jack Miller said he had a hot lap ruined by Ponsson, costing him the chance of finishing the day inside the top 10 and progressing into Q2.

"I did a very good lap right up until the last sector, I caught this wildcard who was 7s a lap slower than everyone else and destroyed my lap," recalled the Pramac Ducati rider.

"I caught him from a long way back, 3s in the last sector, caught him right at the last corner, tried to pass him around the outside and got ridden into the grass."

Ponsson said the difference between the GP16 Ducati and his prior bikes was so big that it was as if he started again on a bike.

He added: "This afternoon I gained two seconds on this morning, we just tried to make me feel more comfortable on the bike. I feel a little bit better, the bike is very hard.

"I just need laps to understand more. I'm far from the laptime but everyone started one day, today it's for me."