Ducati’s Francesco Bagnaia says he ‘won’t go crazy’ if he is faced with a repeat of his Misano tussle with Enea Bastianini in Sunday’s MotoGP Aragon Grand Prix.

Bagnaia qualified on pole on Saturday at Aragon with a new lap record to lead a Ducati 1-2-3 from team-mate Jack Miller and Gresini’s Bastianini.

Bagnaia and Bastianini battled over victory in the last round at Misano, with the former only narrowly winning in a thrilling duel to the chequered flag.

Sunday’s Aragon GP is expected to be a race of extreme tyre wear, with Bastianini’s ability to preserve his rear rubber a key trait that has helped him to strong results in the past.

Now just 30 points from championship leader Fabio Quartararo, who qualified in sixth, Bagnaia is wary of engaging in any unnecessary battles at Aragon given he has already registered four DNFs this year – one of them in France when fighting Bastianini for the win.

“I think if he has the chance to win tomorrow and if he gets away, I'm not going to go crazy trying to stay with him.

“Of course, it's important to bring back a lot of points, but it's also true that we're coming to a phase of the championship where it's essential to bring back results.

“I already made too many mistakes at the beginning of the year so we have to understand that and try not to repeat them. 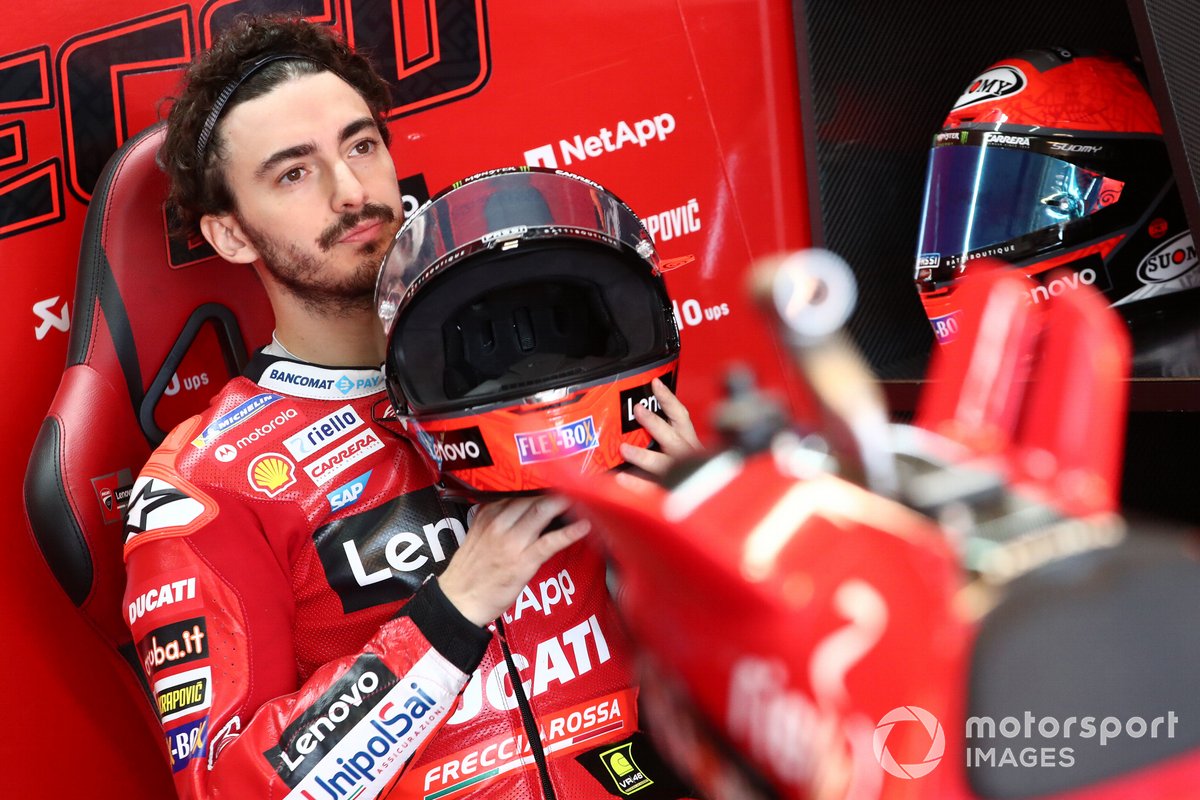 “We were at 91 points [adrift of Quartararo after the German GP], now we're at 30. It's true that's still a lot, but you don't want to throw any away because you can too easily get back to 91 points behind instead of going to 25.”

The top speed deficit of the Yamaha relative to the Ducati means Quartararo is likely to struggle in Sunday’s race.

But Bagnaia believes the Frenchman will still be a threat, highlighting how he was fifth on the grid in Austria and managed to only just miss the victory in second at another weak venue for the Yamaha.

“If you look at the race in Austria, on Saturday it looked like Fabio was going to finish 12th and instead he was second,” Bagnaia added.

“So, in my opinion he'll easily make it back. I think it will depend on how the first few laps go.”