MotoGP championship leader Francesco Bagnaia thinks the title-deciding Valencia Grand Prix could be the least stressful session of his weekend.

The Ducati rider comes into Sunday’s final round of the 2022 season leading reigning champion Fabio Quartararo by 23 points, and simply needs to finish 14th regardless of where his Yamaha rival is to win the title.

Bagnaia could only manage eighth in qualifying on Saturday at Circuit Ricardo Tormo, as Quartararo was fourth.

The Ducati rider admitted on Friday in Valencia that the pressure of the occasion meant he was struggling to push in time attack mode, but feels Sunday’s crucial race will likely be less stressful for him.

Asked by Autosport if he was more nervous heading into the race now, Bagnaia said: “Sincerely, I think that the only session without this kind of [stressful] feeling will be the race because I will just focus on the race.

“Like in Malaysia, the race was not the easiest but the one where I was just fully concentrated on doing what I was doing.

“So, maybe tomorrow will be better than the sessions.”

Bagnaia struggled with front feeling on Saturday in Valencia and admits he will “take some risks” at the start to get himself out of danger on the opening lap, though is not focused on winning the grand prix.

“For sure I was expecting a bit more, considering the feeling I had last year,” Bagnaia added. 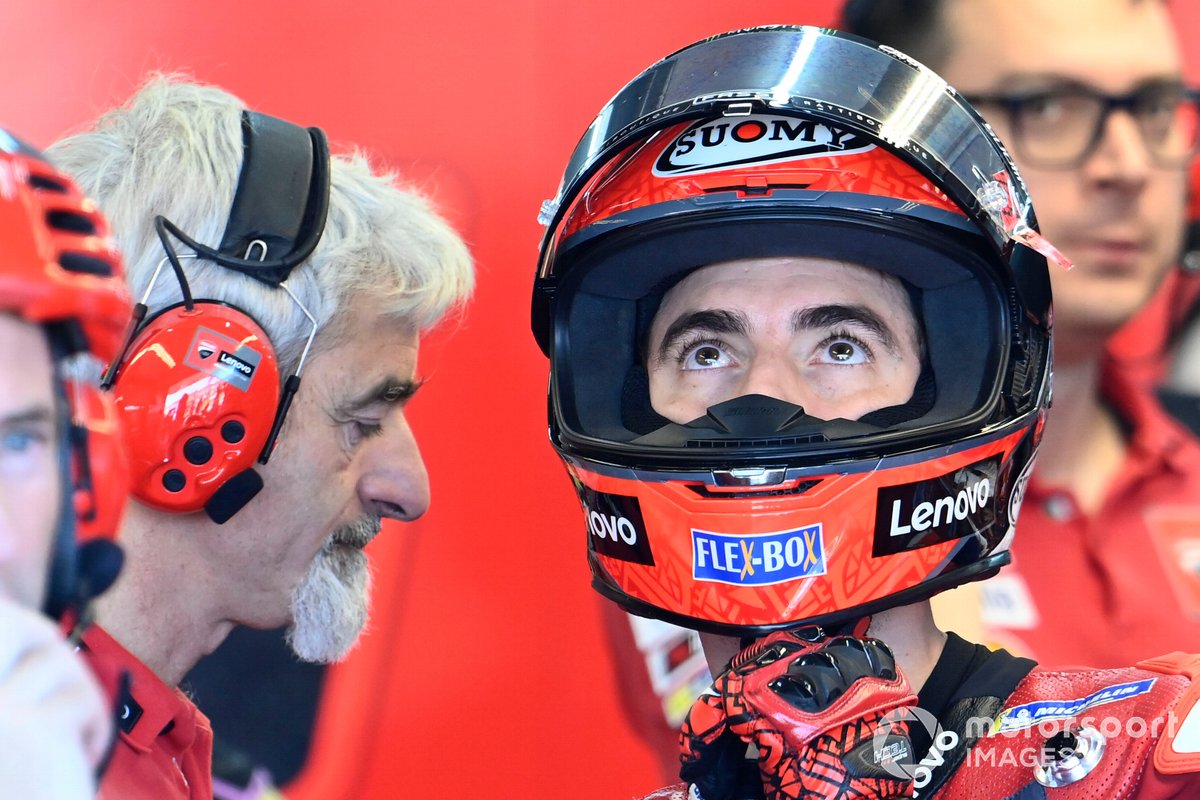 “But speaking with other riders with our bike, we are struggling with the front feeling.

“You can feel less but you can brake harder. It’s strange, but in this track it’s not helping me so much.

“I’m struggling also with new tyres to push like I want, because the front feeling is not the best, but with used tyres we are competitive.

“For tomorrow for sure we have to do something, I think the ideas my team has are good, I think they can help me.

“But my thought tomorrow is not to win, my thoughts are just to be calm and understand. For sure I will take some risks at the start to be away from the trouble.”

Bagnaia also dismissed suggestions nerves played a role in his tricky qualifying, the Ducati rider stating: “I think the only thing is I was trying to don’t take any risks, I was trying to be competitive without making mistakes like we did in Malaysia, like other riders are doing in this track because if we look we see a lot of crashes in these days, maybe because the asphalt is starting to be old.

“But I don’t think it’s affecting my performance.”

Marquez ‘would understand’ if Quartararo hit him in MotoGP decider

Plus
Plus
MotoGP
Japanese GP
4 m