Ducati’s Francesco Bagnaia will go “all in” to keep his MotoGP title hopes alive at Misano this weekend but admits 2021 “wasn’t the year to try to win the championship”.

The permutations that will secure Quartararo the title this weekend are numerous, but the simplest way would be for him to win the race regardless of where Bagnaia finishes, while the Ducati rider has to be either first or second ahead of Quartararo.

Misano was the scene of Bagnaia’s second victory in MotoGP last month at the San Marino GP and says repeating this is all he can do to keep his slim hopes alive.

“For me the only thing that I can do is win to try to stay in the fight for the championship,” Bagnaia said on Thursday at Misano.

“Still, we have the possibility, so we will try. Will be different this weekend because the conditions are more different and looks like it can rain on Friday/Saturday.

“So, the work for the race will be more difficult, so let’s see.

“But this weekend I have to go all in and try to make something.” 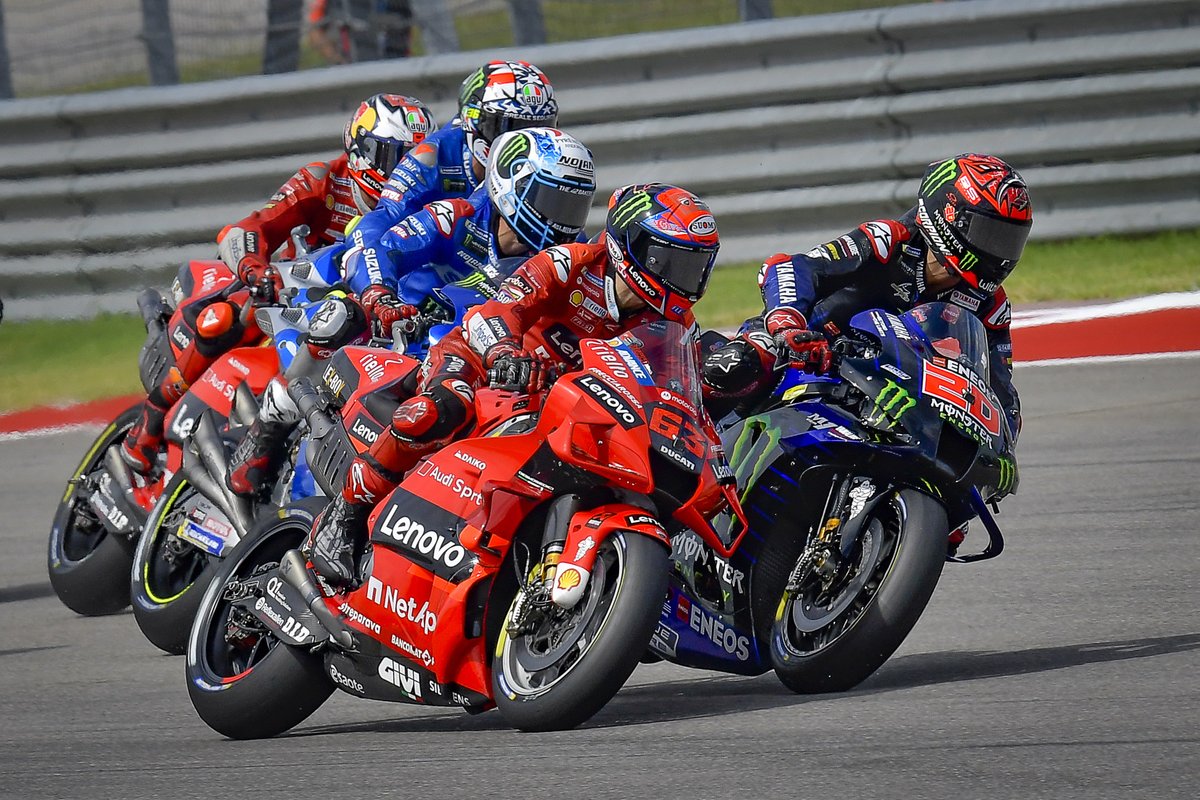 Whatever happens this weekend, Bagnaia admits his form in his first two seasons in MotoGP in 2019 and 2020 meant 2021 was never meant to be the year he fought for the championship.

“For sure our ambition is to always improve every time,” Bagnaia added.

“And looking at my last two seasons in MotoGP, this was not the year to try to win the championship because I was struggling a lot in the past years.

“I crashed a lot and I broke my tibia last year. So, I had problems.

“So, this year the objective was to continue my growing and I think after the summer break we did a step forward, and another one after the last races.

Earlier on Thursday Bagnaia’s team-mate Jack Miller said there had been no discussions within Ducati regarding the use of team orders this weekend.