Yamaha's Fabio Quartararo admits he has to approach his first 2021 MotoGP title match point this weekend at the Emilia Romagna Grand Prix "like the beginning of the season".

Quartararo comes into this weekend's Misano race 52 points clear of Ducati's Francesco Bagnaia and simply needs to ensure his lead stays at 50 points should Bagnaia fail to win the Emilia Romagna GP to claim the 2021 title.

Already admitting back at Austin that he didn't need to obsess over his title chances at Misano, Quartararo once again reiterated this stance on Thursday and instead wants to treat this weekend "like a normal race".

"Of course, I'm feeling really good but to be honest my head is not really on that part of the championship," he said when asked how he felt ahead of his first title match point.

"I think we need to take it like a normal race, but of course we know on Sunday something special can happen.

"But at the moment, first of all I think Friday and Saturday, we need to plan it like the beginning of the year.

"And then on Sunday we will see the amount of risk that we will take.

"But Friday and Saturday will be a normal situation for the moment, and then we will see what happens." 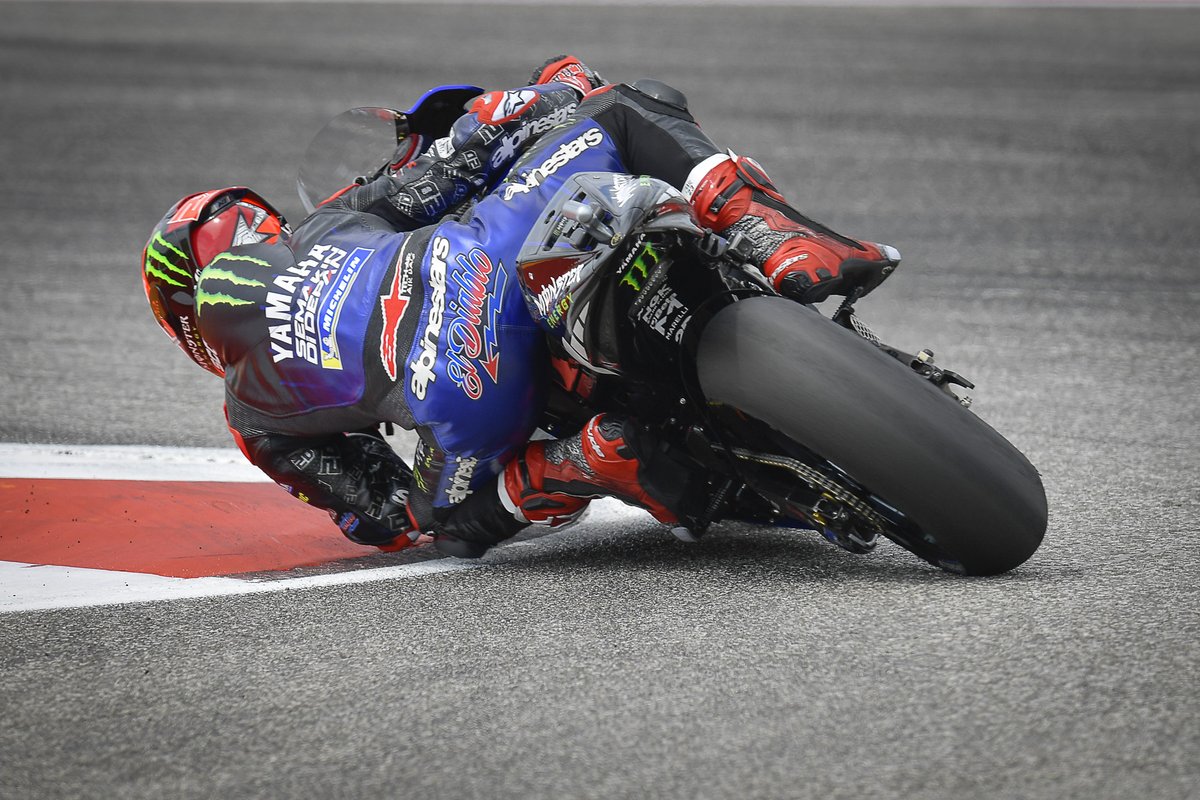 In MotoGP's last visit to Misano in September, Quartararo chased down Bagnaia hard in the closing stages of the San Marino GP for victory and admitted he enjoyed taking the risks he did despite his title situation.

Asked whether he will do this again should he encounter a similar situation this Sunday, he added: "We will see.

"It's how I like to race, but I've never been in that situation [to win a championship].

"I think last year I learned a lot how to - not how to fight for a championship, because I didn't really have the chance, but to be leader of the championship for many races last year was an important step for my experience.

"And I think this year it's much easier, let's say, to have it.

"So, let's see. But at the moment it's just a normal race, we will see the risk we will take on Sunday."