A slow start to the season for Moto2 graduate Lowes raised questions over whether Aprilia would honour his two-year contract and retain him for 2018.

Speculation intensified when it emerged that Aprilia had approached Alvaro Bautista and Danilo Petrucci about joining the team next year, while struggling Suzuki rider Andrea Iannone was also mooted as a potential replacement for Lowes.

But with Bautista and Petrucci turning down Aprilia and Iannone reiterating his commitment to Suzuki, it appears Aprilia now has little option but to keep on Lowes alongside Aleix Espargaro.

Albesiano still wants to see more improvement from Lowes, who took a season-best grid slot of 10th before the summer break at Assen, before committing.

"He is in a stabilisation phase," said Albesiano when asked if Lowes' Aprilia future was now definitely secure. 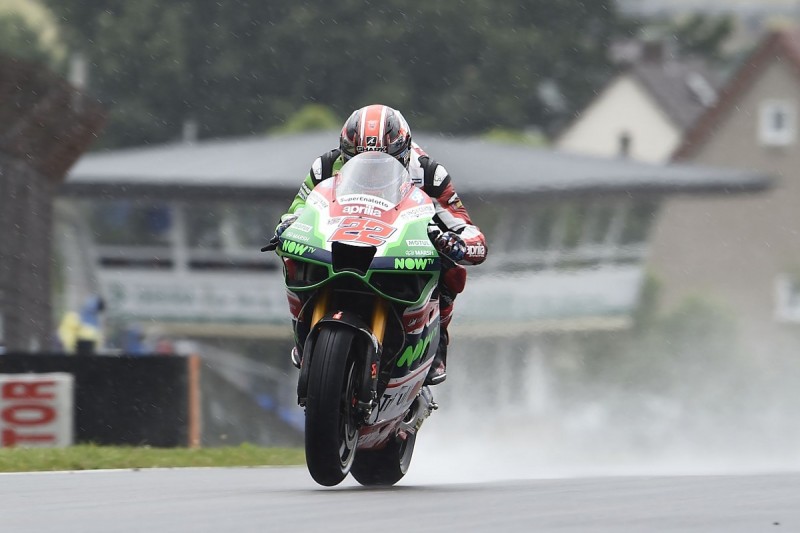 "We would really like to give him more chance. It's very difficult for a rookie.

"We are seeing some special performances from rookies, which are unbelievable. Normally, even a very good rider takes time to get to the level.

"He has showed some good signs of improvement, I'm really hoping he will show us more in these [next] two races to finally be able to confirm him."

Speaking on Thursday at Brno, Lowes said he was not aware his situation had changed and expects to see out the full term of his contract.

"I said before the summer I've got a two-year contract," he said.

"There are always ifs and buts in anything, but no [changes] that I know of."

The 26-year-old added that one of his two bikes will be an identical spec to that of team-mate Espargaro for the first time this season for this weekend's Brno race.