Andrea Dovizioso says he is relishing the challenge that his new Ducati MotoGP team-mate Jorge Lorenzo will present in 2017.

Dovizioso got the nod over Andrea Iannone to stay with Ducati next year, when three-time MotoGP champion Lorenzo arrives from Yamaha.

Racing in 125cc, 250cc and then MotoGP since 2008, Dovizioso and Lorenzo have been rivals in world championship classes since '02.

Dovizioso won the 2004 125cc title, and was then runner-up when Lorenzo won his second 250cc championship three years later.

The Italian believes Lorenzo's arrival will not only provide a benchmark for Ducati but also himself.

"I'm really happy about this change, because to have a world champion in our team is very important, now we have a really good bike," Dovizioso said.

"It's always a nice challenge for me, to fight with a champion like Jorge.

"I'm really happy to have this challenge, but I'm really interested to see also him on a different bike than a Yamaha." 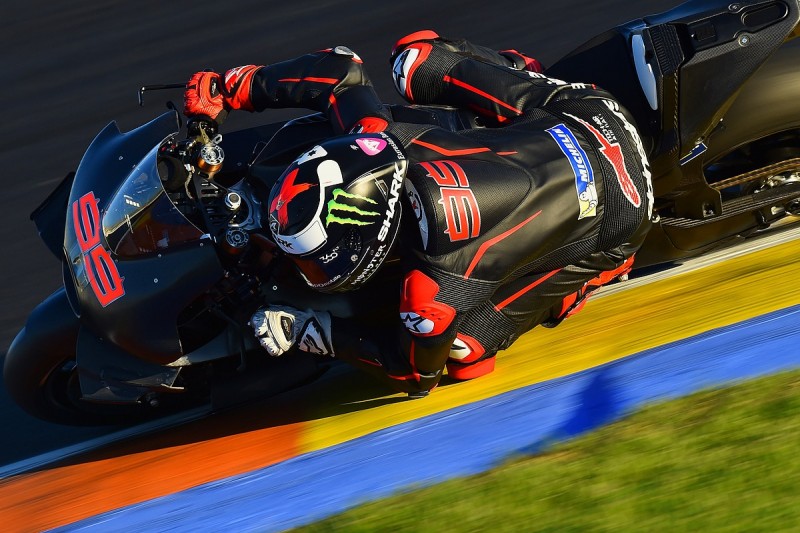 Lorenzo spent two days testing with Ducati at Valencia last month, in the week after the season finale.

He set the third-fastest time on the opening day and the eighth on the second, as he integrated himself with the outfit and learned about its 2016 and then '17 bikes.

"He went quite fast to the limit of the bike," Dovizioso said of Lorenzo.

"Valencia is one of his favourites, so it helps him with the approach of a new bike.

"It was important to have his feedback and I think he will push in the same way I push, because I think we have the same feedback.

"The biggest limit of the bike is the same for every Ducati rider, but Gigi [Dall'Igna, technical director] and all of the engineers are focused on that.

"Jorge comes here and it's positive he's arrived because he can help me to fix the problem."