There is no easy way for MotoGP to replicate Formula 1's reserve-driver model to cover injured riders, team bosses concede

There is no easy way for MotoGP to replicate Formula 1's reserve-driver model to cover injured riders, team bosses concede.

While F1 teams have back-up plans for each grand prix, the practice does not exist in MotoGP, despite the higher rate of riders being unavailable due to injury.

Only Fernando Alonso missed a race during the F1 season, in Bahrain where McLaren reserve Stoffel Vandoorne stood in, but in MotoGP this year Dani Pedrosa, Andrea Iannone, Jack Miller, Bradley Smith, Danilo Petrucci and Loris Baz were all ruled out of races.

Excluding Stefan Bradl and Miller's Sunday morning warm-up crashes in Germany and Austria as they occurred too late in the weekend for replacements to be drafted in, that group missed 21 races between them.

Ducati test rider Michele Pirro deputised for Petrucci, Baz and Iannone during the year, but other manufacturers do not have ready-made solutions such as the 30-year-old, who races in Italian Superbikes.

Honda used its test rider Hiroshi Aoyama and 2006 world champion Nicky Hayden to stand in for Pedrosa, with Hayden also filling in for Miller at Marc VDS. 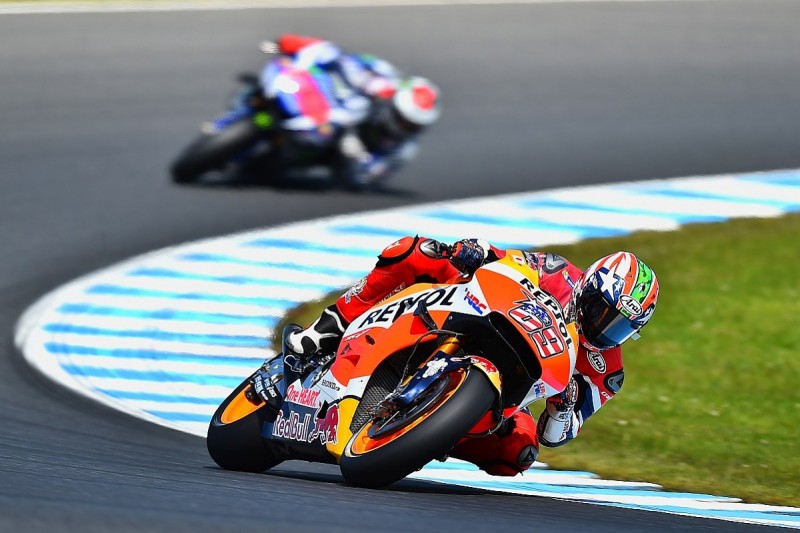 "Ducati had a very good opportunity, for us it's much more difficult," he said.

"In the past we tried to offer young riders to become like in Formula 1, a test rider, but when they are young they want to race.

"And to build up a project where you can race Moto2 and be a substitute rider is almost impossible, because a fast guy is fighting for the championship.

"It's very difficult. For example with Nicky in Australia, it was perfect, he did a very good job but the week after there was a clash with [Hayden's regular programme in World] Superbikes so it's something very difficult to improve."

Like Honda, Suzuki has a primary test rider in Takuya Tsuda, but it did not have a back-up rider on standby.

"We didn't even think too much about having a rider able to be, when necessary, a replacement," team manager Davide Brivio said.

"In our sport, the good riders want to race so it's difficult to take a good rider and ask him to keep waiting just in case.

"It is not the spirit of this sport because when the rider is good and is fast, he wants to race.

"For the Japanese manufacturers, we have a test rider, normally he is a Japanese rider that can exchange information with our engineers and is easy to call when you go testing at Motegi.

"In the case of Suzuki, we have two guys racing in the Japanese domestic championship and then testing MotoGP, same for Yamaha.

"The intention is to have a good test rider but not thinking about a replacement rider. It's different to Formula 1." 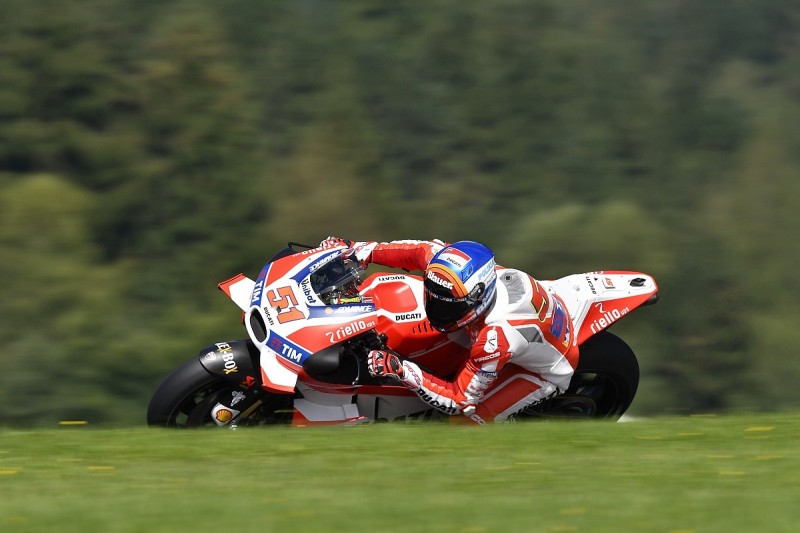 Michele Pirro: Nine starts, including three as a scheduled Ducati wildcard, on factory bike and with the Pramac (for Petrucci) and Avintia (Baz) teams, but he then focused on a 2017 test programme rather than replacing Iannone in the flyaways.

Hector Barbera: Avintia regular was promoted to factory Ducati to fill in for Iannone at Motegi and Phillip Island.

Mike Jones: Made his first two MotoGP starts with Avintia at Motegi and Phillip Island, on Barbera's regular ride

Xavi Fores: One start for Avintia at Misano, where Pirro was a Ducati wildcard, after Baz was injured at Silverstone.

Nicky Hayden: 2006 world champion was called up to stand in for Miller at Aragon, then Pedrosa at Phillip Island.

Hiroshi Aoyama: Wildcard Motegi entry essentially became the second factory Honda when Pedrosa crashed, and he then stood in again at Sepang with Hayden unavailable.