Ducati’s Jack Miller dominated third practice for the MotoGP Grand Prix of the Americas, as reigning world champion Joan Mir has dropped into Q1 in qualifying.

Saturday’s MotoGP action is continuing as normal despite numerous comments from riders after Friday labelling the Circuit of the Americas’ track surface as dangerous.

LCR’s Takaaki Nakagami set the early pace in the session with a 2m04.918s on his Honda, before HRC stablemate and Friday pacesetter Marc Marquez edged ahead.

Marquez sat top after 10 minutes of running with a 2m04.839s, though Nakagami would depose him four minutes later with a 2m04.616s.

With 20 of the 45 minutes gone, only five riders had made improvements on the combined standings.

Reigning world champion Joan Mir was the most significant improver of that quintet, the Suzuki rider moving into 10th with a 2m04.822s.

The first major assault on the combined order came from Nakagami with just under 18 minutes the remaining, as the LCR rider went for his first soft tyre time attack run early.

The Japanese rider hooked up the lap to produce a 2m03.739s to go fastest of all, putting him over four tenths clear of Marquez’s best from Friday.

Miller was the next to start lighting up the timing screen, the Ducati rider finding time on Nakagami to take over top spot with a 2m03.549s.

This stood as the reference time until the final minute, when Miller came through to blitz the field with a 2m02.923s to comfortably lead FP3 by 0.679 seconds. 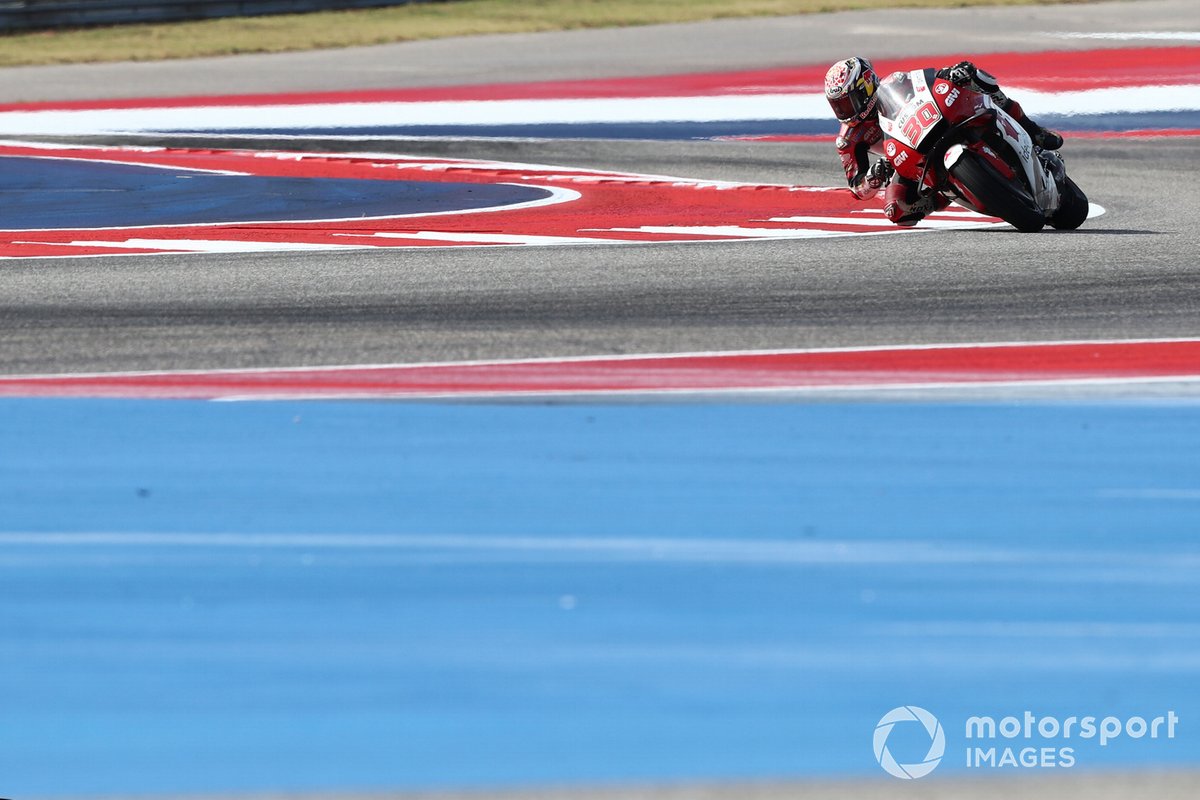 Nakagami proved to be his nearest challenger in second after a late lapped demoted Alex Rins down to third.

The 2019 Austin winner is currently the only Suzuki through to Q2 later this afternoon after team-mate Joan Mir was shuffled out of the top 10 to 13 following late lap time improvements from riders behind him.

Marquez was fourth ahead of the Pramac Ducati of Joahnn Zarco, with championship leader Fabio Quartararo easing into Q2 with a 2m03.867s for the Yamaha rider.

Binder’s late assault on the top 10 denied KTM team-mate Miguel Oliveira a direct place in Q2, the Portuguese rider dropped down to 11th ahead of Avintia’s Enea Bastianini, Mir and the sister factory Yamaha of Franco Morbidelli.

Valentino Rossi will join them in Q1 later this afternoon on his Petronas SRT Yamaha, with Tech3’s Iker Lecuona and Rossi’s half-brother Luca Marini joining him after the Avintia rider crashed late on at Turn 2.

LCR’s Alex Marquez crashed at Turn 1, the Spaniard 19th at the end of FP3 behind SRT’s Andrea Dovizioso, while a second crash of the weekend for Aleix Espargaro resigned the Aprilia man to 20th ahead of Tech3’s Danilo Petrucci.