MotoGP heads to Silverstone for the 12th round of the 2021 world championship season, the British Grand Prix, following an eventful Austrian double-header.

After a dramatic couple of weeks at the Red Bull Ring – both on and off the track – MotoGP returns to Great Britain for the first time since 2019 after last year’s race was cancelled by the COVID-19 pandemic and subsequent calendar reshuffle.

After Brad Binder’s stunning Austrian MotoGP win with a slick tyre gamble in the late rain shower, the focus shifted to Maverick Vinales’ split from Yamaha following his initial suspension.

With Vinales out, and the Spaniard potentially joining up with Aprilia later this season having already signed with the Italian manufacturer for 2022, Yamaha has called up test rider and British home favourite Cal Crutchlow as his replacement at the factory team for this weekend. 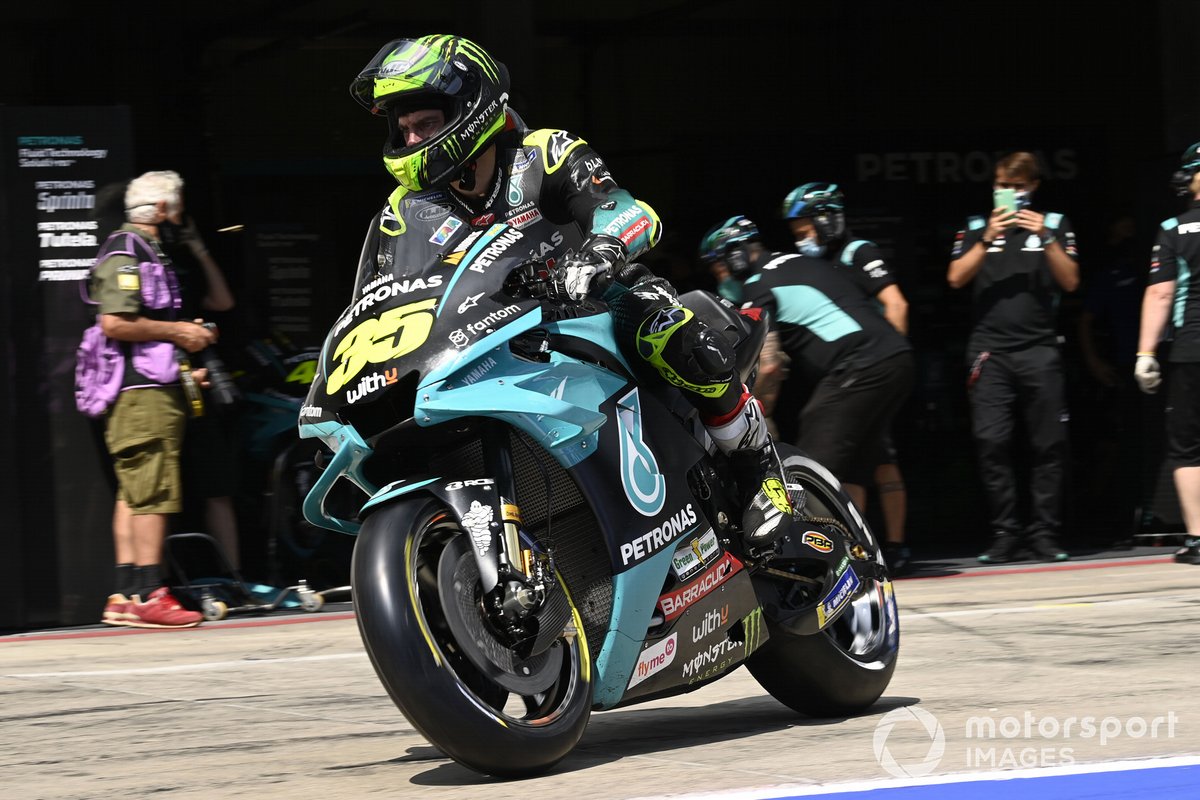 Meanwhile, with Franco Morbidelli still recovering from knee surgery, Moto2 regular Jake Dixon is set for a sensational premier class debut at the SRT Yamaha squad for his home round.

MotoGP is gearing up for another stunning Silverstone weekend following on from the thrilling 2019 race which saw Alex Rins beat Marc Marquez by just 0.013s as the attention on the title fight intensifies.

Fabio Quartararo left the Austrian double-header with a 47-point lead over both Francesco Bagnaia and Joan Mir, with the remainder of the 2021 schedule currently covering six more rounds following the cancellation of the Malaysian GP due to the COVID-19 pandemic. 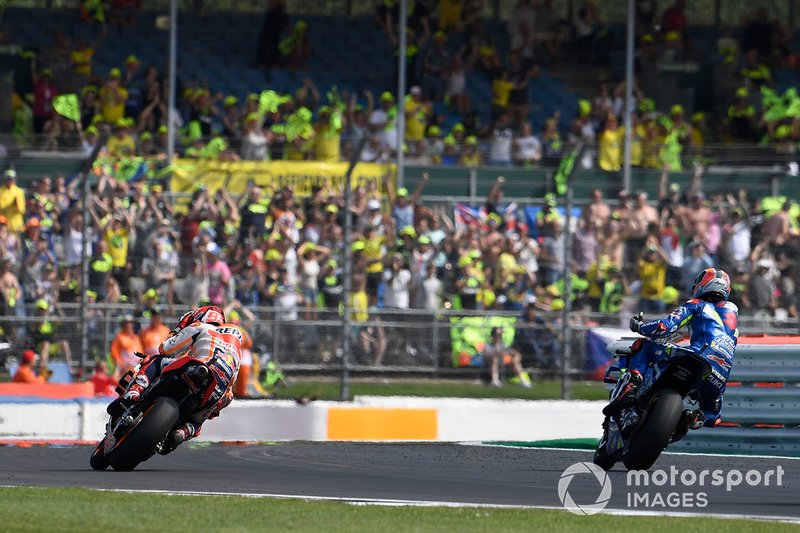 MotoGP will run its standard schedule across the British GP on Friday and Saturday, with two practice sessions on Friday that will run for 45 minutes each. On Saturday third practice will also run for 45 minutes, with the top 10 on the combined FP1-2-3 timesheet automatically entering into Q2 of qualifying. A final 30-minute FP4 session is held on Saturday afternoon ahead of qualifying.

Q2 is the pole position shootout which decides the order of the front four rows, with the rest of the grid organised on Q1 times, for the British GP on Sunday.

Due to clashes with the Formula 1 Belgian GP at Spa-Francorchamps, the MotoGP race will take place before Moto2 on Sunday. Moto2 and Moto3 are also in action during the British GP. 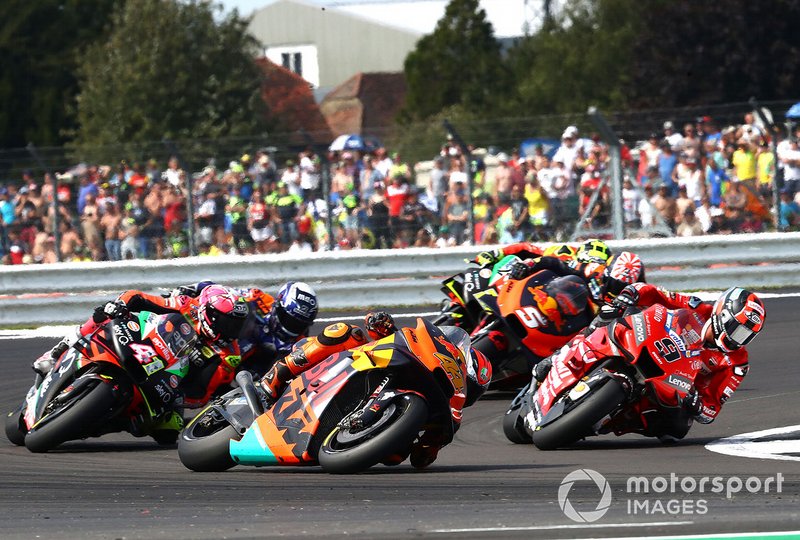 How can I watch the British MotoGP?

The build-up to the MotoGP race starts from 12:30pm, or when the Moto3 race finishes, ahead of lights out at 1:00pm.

The British MotoGP will also be shown live on free-to-air television in the United Kingdom on ITV. Earlier this year ITV broadcasted the French MotoGP race live on sister channel ITV4.

ITV will broadcast the British MotoGP race (premier class only) live, with coverage at starting at 12.30pm and finishing at 2:30pm. 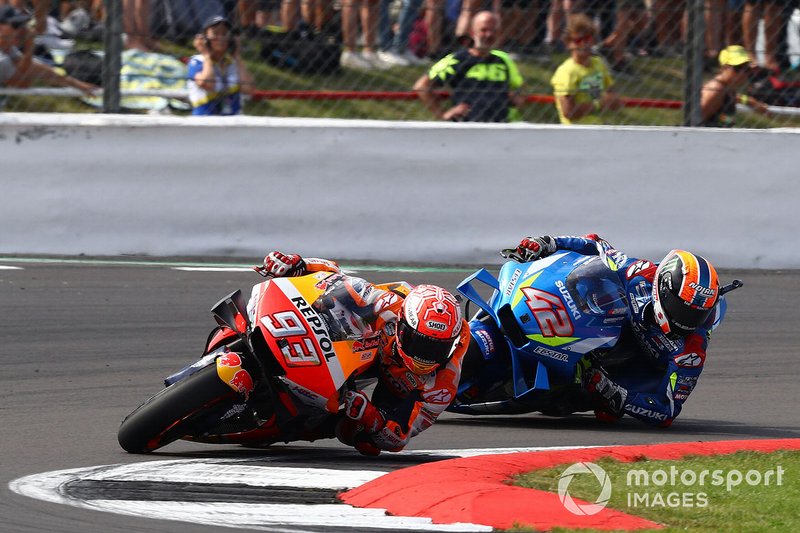 Can I stream the British MotoGP?

Viewers in the United Kingdom can also stream the British GP by purchasing a video pass from MotoGP.com. A one-off video pass, the remainder of the 2021 MotoGP season, costs £85.57p.

Weather forecast for the British MotoGP

Silverstone is set for warm and dry conditions throughout the weekend, starting cloudy on Friday, but with a better chance of sunny spells on Saturday and Sunday. Highs of 19 degrees Celsius are forecast on race day, which is around five degrees cooler than the Austrian GP.

Crutchlow: Quartararo doing nothing special to be quick on Yamaha MotoGP bike