Fabio Quartararo doubts Petronas SRT is any less professional than the works Yamaha outfit he will join in 2021, which should sway Valentino Rossi's decision to extend his MotoGP career.

Rossi appears to be moving closer to securing a place at the customer Yamaha squad with full factory support, after his original plans to take a decision after the opening six or seven races were scuppered by the coronavirus-forced delay to the 2020 season.

Speaking exclusively to Autosport, Quartararo gave his reasons for why Rossi should join SRT next year.

"I would say that it is a family," Quartararo said of MotoGP's newest team.

"If you have to be 10 hours on full, there is no problem. But when I'm done, I'm messing around until it's time to go back to work.

"That combination of professionalism and good vibes is what defines our team.

"I do not know how an official team works, but I doubt that it is more professional than ours." 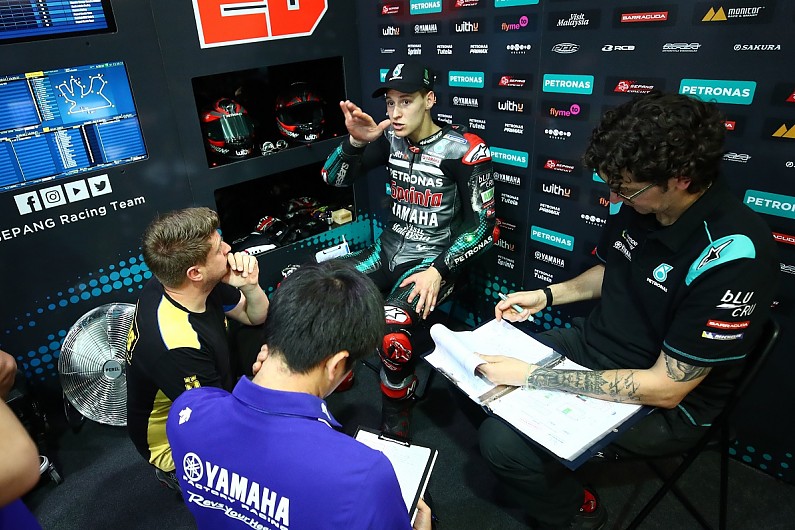 Quartararo recently expressed his hope that Rossi fans wouldn't "hate" him for taking Rossi's place at Yamaha next year.

After narrowly losing out on victory to world champion Marc Marquez in the San Marino and Thailand grands prix last season, and equipped with full works support this year, Quartararo is expected to be a major title contender.

Regularly beating the works Yamaha pairing last season, Quartararo has marked out similar performances as his aim for this season.

When asked if he placed importance on beating the works Yamaha riders in 2020, he said: "I will not say that it is not important, because beating the two official riders running with a satellite team is always a good thing.

"That motivates you and it is not unusual.

"Last year my engine offered 500rpm less than the rest, [my bike] did not have a carbon fork [to begin with] and little by little I was earning that.

"My goal was to show that I was very close to them and sometimes even ahead." 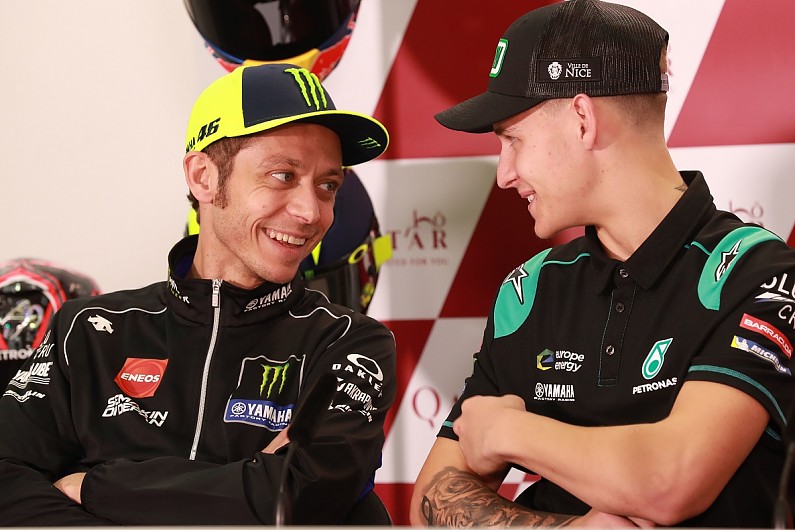