Outgoing factory Ducati MotoGP rider Danilo Petrucci says he would "like to go to KTM" in 2021, which is set to lose Pol Espargaro to Honda next year

As reported by Autosport on Thursday, 2013 Moto2 world champion Espargaro has agreed a deal to join Marc Marquez at the works Honda squad for 2021.

Petrucci confirmed last week that he would be leaving Ducati's MotoGP team at the end of the year, and has been linked with a switch to World Superbikes with the Italian marque, as well as the second Aprilia MotoGP bike.

Admitting that he "would love" to go to Aprilia, he has also expressed a keen interest in KTM in an interview with Sky Italia.

Petrucci said: "I would love [to go to] Aprilia, which has a new bike and has aroused a lot of curiosity, because it was fast right away and this is something that is seen very rarely.

"In the [pre-season] tests, they went very fast. So I would like to go with Aprilia.

"I would also like to go with KTM, because they too have been growing and are working hard.

"Then [on Thursday], there was this news - which I don't know if it's official or not - of Pol leaving KTM.

"His decision to leave the team is a bit surprising, because he was the cornerstone of the project.

"But here there are two manufacturers that could take profit of my experience, which in MotoGP is a few years. 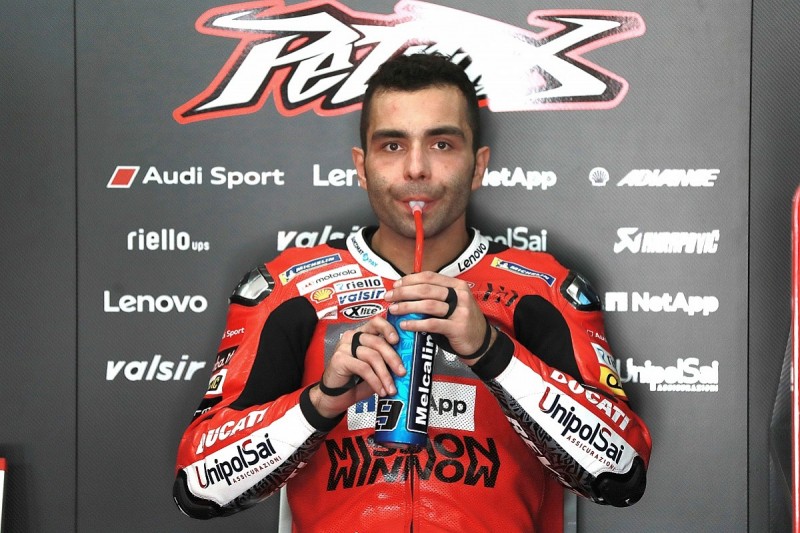 "I'd like to get to work and be available for a growing project. KTM has scored a podium [with Espargaro at a wet Valencia in 2018], Aprilia has still not.

"But they are two manufacturers that definitely want to get to the top. I'd like to run with one of the two."

Though Aprilia has publicly continued to back Andrea Iannone, who is serving an 18-month doping ban and insists it wants to keep him for 2021 if his punishment appeal is successful, Autosport understands Petrucci is close to a deal with Aprilia.

Aleix Espargaro confirmed to Autosport recently that he is also close to agreeing a new deal with Aprilia, which he admits is likely to be his last in MotoGP.

News of the younger Espargaro brother's departure from KTM came as another blow in the same week Autosport reported that Moto2 podium finisher Jorge Martin has agreed a deal to leave the Austrian marque for Ducati with Pramac next year.

Jack Miller will step up to the factory Ducati squad, with Andrea Dovizioso likely to continue despite talks having stalled over money, while Francesco Bagnaia is set to remain with Pramac.

Quartararo outlines why Rossi should choose SRT for 2021 MotoGP season

Jaguar's Mitch Evans snatched top spot at the end of the Diriyah E-Prix's third free practice session, knocking Dan Ticktum off the top of the Formula E timing board.