Aprilia MotoGP rider Andrea Iannone's doping case was heard by the International Disciplinary Court on Tuesday, but no verdict has yet been reached.

Iannone tested positive for a steroid during the Sepang weekend of the 2019 MotoGP season, and a provisional suspension was announced the following month, on December 17.

Iannone said the finding had come as a surprise, and requested the analysis of his B sample, but this likewise came up positive, as the FIM's statement has now confirmed.

However, Iannone's suspension remains provisional as no final judgment has yet been rendered regarding his case.

"Following a routine In-Competition doping test conducted at the round of the FIM Grand Prix World Championship held in Sepang, Malaysia on 3 November 2019, Mr Andrea Iannone tested positive for a WADA prohibited substance and is now provisionally suspended since 17 December 2019," the FIM's statement read.

"Mr Andrea Iannone requested analysis of his B sample which also confirmed the result of the A sample analysis.

"The proceeding is still ongoing until a CDI decision is rendered. Mr Andrea Iannone remains provisionally suspended until then and is therefore barred from participating in any motorcycling competition or related activity until further notice. 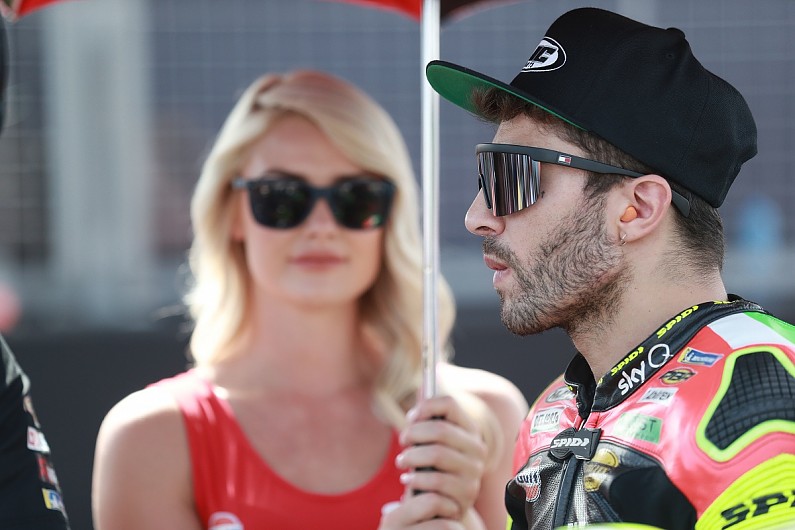 According to Italian media, the final verdict will be rendered no sooner than in 10 days' time.

It has also been reported that the case from Iannone's defence rests on results of hair sample tests, which allegedly showed no trace of steroids from September 2019 onwards - with contaminated food blamed for the adverse findings in the urine samples.

As the provisional suspension remains upheld, Iannone will not participate in the first MotoGP pre-season test in Sepang this week.

Test rider Bradley Smith is expected to replace Iannone alongside Aleix Espargaro in Aprilia's roster in the Sepang test, while it had also called upon the services of ex-World Superbike man Lorenzo Savadori in the preceding three-day shakedown at the same venue.