LCR Honda MotoGP rider Cal Crutchlow says his Malaysian Grand Prix was compromised by power loss that led to a "horrendous" start and left him mired in the pack.

Crutchlow had qualified fifth at Sepang, but was muscled down the order on the opening lap and was running only 12th when he crashed out with a quarter of the race distance left to run.

"Evidently the whole thing started when I got a horrendous start," Crutchlow explained after the race.

"When I shifted gears I had no power.

"Last week I got an absolutely rocket start in Phillip Island, and it seems the power today was the same.

"I got the best jump of the line we could've asked for and as soon as I shifted to second, it was just not going anywhere.

"I had five or six bikes go past me there, and at Turn 1 I got pushed wide and three more passed me.

"I think with a better start we could've been further up - I just got beat up on the first lap and that was it. After my bad start I got beat up." 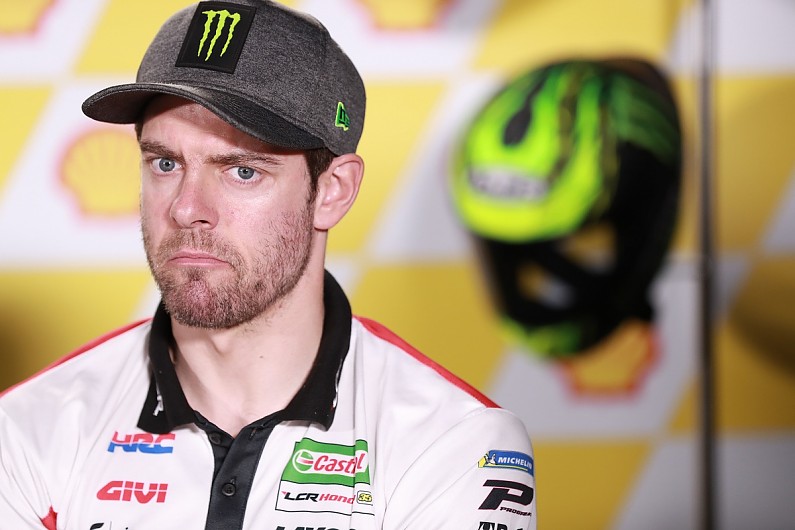 Crutchlow made it clear that he was not comfortable with the bike afterwards, as he suspected "our setting was for a grippier track" than the surface he was presented with in Sunday's race.

But while he "had no grip at all" and struggled to get the bike stopped or accelerating out of the corners, he believed a decent result would've still been there for the taking if not for the start.

"I didn't feel great - but even not feeling great, I think if I would've got a [good] start, I could've been in a lot better position," he said.

"I did what I had to be able to start with the front group today, and I didn't get the start into Turn 1.

"You need to start with those guys and be able to go with them. I was already too far back to be able to challenge."

Crutchlow said his crash, which came at the circuit's sweeping final corner, happened because he couldn't get his Honda to slow down in the braking zone, and was "exactly the same" as his fall in the San Marino Grand Prix at Misano.

"Last time I crashed the bike was in Misano in the race - I didn't crash in Aragon, in Motegi, Phillip Island, in any practice or anything.

"We're disappointed but we have to take note that I've had a sixth, fifth and a second in the last races, I felt good in them races, we have to go to Valencia more positive than what the outcome was today."