Jorge Lorenzo admits the two big June crashes that had left him with an injured back created "doubts" and affected his "commitment" to his current MotoGP programme with Honda.

The three-time MotoGP champion was on the sidelines for four grands prix after fracturing a vertebra in practice at Assen, in a fast crash that came after a "scary" accident in Barcelona testing the week prior had already injured his spine.

During his time out of the paddock with injury, it emerged that Lorenzo - who has overall struggled in an injury-ravaged first campaign with Honda so far - had explored the possibility of returning to the Ducati fold as early as 2020.

Having ultimately reaffirmed his intention to remain with Honda for the duration of his two-year deal, Lorenzo was asked about the Ducati link on Thursday as he faced media for the first time since the reports emerged.

"I just can tell you that obviously, as a human being, after two very hard and big crashes, especially the last one in Assen, but also you couldn't see my crash in Montmelo but [it] was huge... after the big crash that I never suffered in my career - when you speak about back injuries, it gets serious - honestly I started to have doubts," Lorenzo admitted.

"Doubts about my life, about my career. I think it's human, it's normal to have these kind of doubts.

"When I started to feel better and more recovered, these doubts started to disappear - and the commitment, and the challenge that more or less one year ago I decided to take [in joining Honda], I restarted to be again convinced about that. 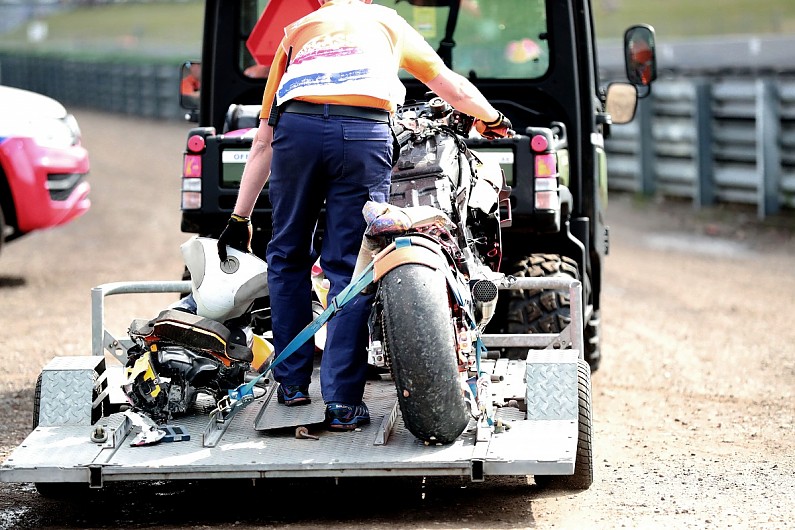 "Again after recovering and feeling better, knowing that this injury will not create problems for the future in my health, I again felt commitment to keep with this challenge.

"I called Alberto [Puig, team boss] and Honda and told them I wanted to be fully committed to the challenge."

Lorenzo said he decided to call Puig to clear the air because "the situation became very rare and the rumours were huge".

Lorenzo said that he had no doubt he would see out his current Honda agreement.

"I have a two-year contract. We have gone through difficulties until now, but I signed a two-year contract and I would like to get results with this bike, as I did with the rest of the bikes I've been [on] through 17 years [in grand prix racing]."

His agent Albert Valera had told Autosport back in Austria that it would be "complicated" for Lorenzo and Honda to extend their relationship past 2020, and it is understood that Lorenzo has already been in contact with the Petronas-backed Yamaha satellite team with regards to a 2021 ride.