Cal Crutchlow says his crash while fighting Valentino Rossi for a podium in MotoGP's Americas Grand Prix was a "big missed opportunity, and we need to limit them".

Crutchlow qualified third for Sunday's race at the Circuit of the Americas, and held that position in the early laps behind Marc Marquez and Rossi, shadowing the latter closely

But the LCR Honda man's day came to an early end when he crashed at Turn 11 on the sixth lap of 20. Marquez also crashed, and Suzuki's Alex Rins passed Rossi for victory.

He has scored just three points in the last two races, after being hit with what he perceived to be an unfair jump start penalty in Argentina last month.

Marquez's subsequent crash from the lead meant Crutchlow would have been in the thick of the lead battle had he stayed upright.

"It was a big missed opportunity and we need to limit them, because 13th in the last race through what I felt was a bad decision, that didn't help my championship, and today I just lost another big chunk of points," lamented the Briton.

"My plan was to sit behind Valentino two more laps and then I was gonna try and go. I felt that was the point I needed the fresh air, that I needed to try and make a break, or at least be in front of him. 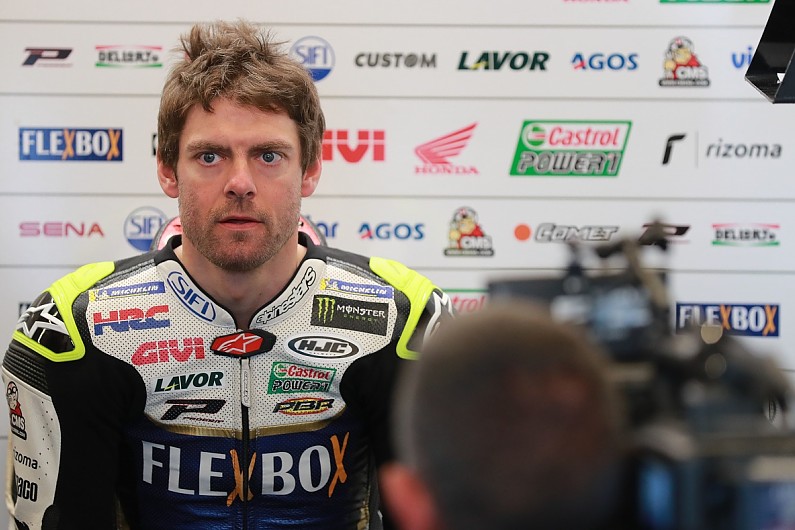 "I don't think I would've broken away but I think I could've kept him behind because of where I was braking, how I was braking. But I knew I needed fresh air to decelerate and fresh air in general.

"Sure, I'm pissed, there's no-one more pissed than me to go home with no points after another strong weekend, qualifying on the front row and being competitive in all the sessions, but I have to look at the positives. I have been fast at every GP this year and we go to Jerez in good spirits."

Crutchlow denied he took more speed into the corner than previously, and instead called on Honda to look at how it can improve its stability under braking, especially while running in a pack.

"I don't think I went in there too fast," he said. "I braked in the normal place, did my normal line and corner entry, it's just my bike snapped on the braking.

"Without the wind deceleration, the stopping effect of the bike is not good enough at the moment. We need to improve that. Here today in the braking zones I was not decelerating enough. That's why you saw me out of the slipstream, especially into Turn 12 or Turn 1.

"It's what normally happens when we're following someone. The bike doesn't turn and in the braking zone we're not decelerating enough. So we have to squeeze the brake harder, and for longer.

"At the moment our bike is really unstable in braking for one reason or another, and we need to improve that."