Johann Zarco says he faces a wait for KTM to be able to help him out of his current slump after qualifying 19th for Sunday's Austin MotoGP race.

Zarco and KTM team-mate Pol Espargaro had contrasting days at Austin on Saturday, as Espargaro secured the manufacturer's best-ever qualifying grid slot in fifth, a full 14 places ahead of Zarco.

The Frenchman was also outqualified by the Tech3 KTM of Miguel Oliveira for a third consecutive race as his difficult start with KTM continues.

Zarco said KTM knows what it must do to help him feel more at ease on its RC16, but that the solution cannot be implemented until the championship head to Europe next month for the Spanish Grand Prix at Jerez.

"I hate starting from 19th position, I hate [having] to fight on the bike and go slow," said Zarco.

"It's pretty complicated to understand how to make this thing better.

"Today [Saturday] was another step back, because every time we feel almost good, it means we are at the limit. I need to accept this. 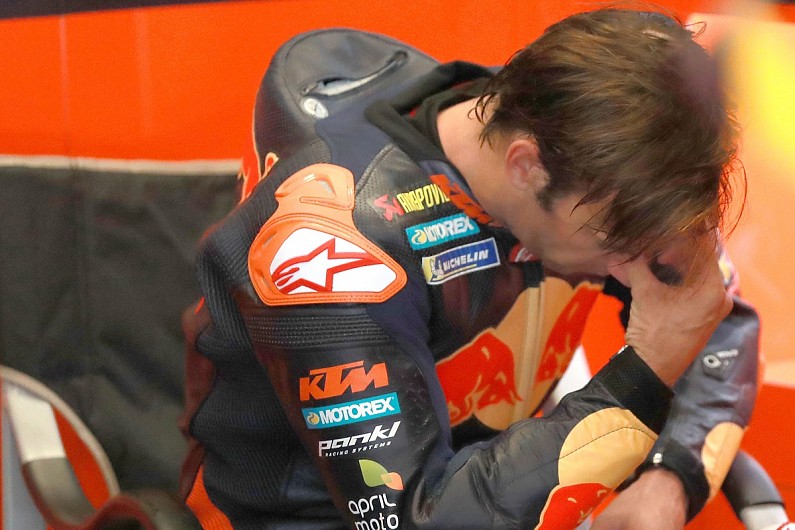 "My team knows [what I need], but they told me to wait, because they cannot give me the solution right now.

"I tried to adapt, but I cannot change everything. [It's a] difficult time to go through."

Asked to give a time frame for when KTM can provide a fix, Zarco replied: "Currently May, I don't know what in Jerez what I'll have.

"From the [post-race] test in Jerez we start the real development, the real work."

Espargaro described qualifying in the middle of the second row as "just amazing", saying the bumpy nature of the circuit was playing into his hands and hindering a number of riders he would normally expect to be behind.

"I think we are taking this motocross philosophy," he said.

"It feels good, then the track is tricky, all the riders cannot take 100% performance from their bikes and you need to put a little bit more [into] the riding style.

"My style is quite aggressive so in the bumps I kind of enjoy it, and I can take a little bit more."