Aprilia has officially announced that Andrea Iannone will replace Scott Redding in its MotoGP factory team next year.

Iannone, whose departure from Suzuki was formally confirmed earlier on Friday, has signed a two-year deal with Aprilia to partner incumbent rider Aleix Espargaro in 2019 and 2020.

"The combination of Iannone and Aprilia will be fantastic - one of the most interesting in MotoGP - and it has the potential to bring great results," said Fausto Gresini, the team manager of the Gresini Racing outfit that runs Aprilia's works MotoGP effort.

"Andrea is a strong, fast and concrete rider. I think that he will be able to provide great support for the team and contribute to the development of the bike.

"And then, there is no denying that it is always a pleasure to have an Italian rider on an Italian bike."

Aprilia will be Iannone's fourth different team since he stepped up to the premier class with Pramac Ducati back in 2013.

He won a race for Ducati after being promoted to the works line-up, but lost his ride for 2017 and moved to Suzuki.

A difficult first campaign with Suzuki meant that he was once more on the market for 2019, despite a much improved start this year that has already yielded two podiums. 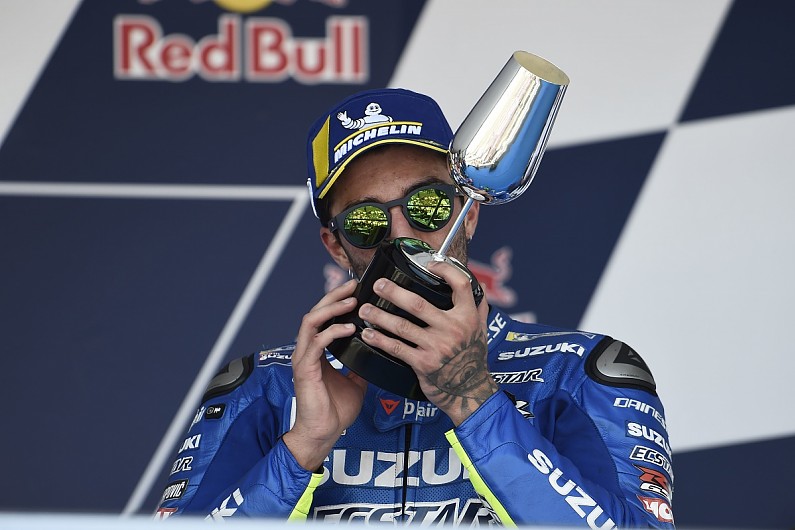 "With Iannone, we have another highly talented and fast rider who is also demonstrating his value this season," said Aprilia racing manager Romano Albesiano.

"His arrival is a sign of the Piaggio Group and Aprilia's growing commitment to the MotoGP programme."

Iannone's arrival means Redding will lose his Aprilia ride after just one year, and appears likely to leave the two-time MotoGP podium finisher off the premier-class grid in 2019.

Redding, recruited by Aprilia after the team cut its ties with his compatriot Sam Lowes, has had a difficult start to life on the RS-GP, with five points accrued in six races.

He admitted last month that time was "running out" to prove himself to Aprilia, and has not managed a turnaround in the two races since then, and the team has now replaced him despite team-mate Espargaro publicly calling for Redding to be retained.

In the statement confirming that Iannone will take the second seat, Albesiano said of the departing Redding: "I wish to thank [him] publicly for his great professionalism and for his consistently high level of commitment."