Scott Redding believes Sam Lowes was put in a "difficult situation" by Aprilia after signing to replace the MotoGP rookie at the Italian manufacturer for 2018.

Redding's Aprilia deal was announced last month, with MotoGP rookie Lowes dropped for next year after a disappointing first half of the season.

Redding believes that after four years on customer Honda and Ducati machinery he is now ready for a works ride, whereas rookie Lowes' lack of experience made it difficult to focus both on adapting to MotoGP and developing a bike.

"I believe in the past I've been good at giving back information and I think I can help them develop the bike to make it competitive at some point," said Redding.

"I'm not saying next year the bike's going to fight for a world championship, but already with the results sometimes top six, sometimes top eight, that's not bad.

"And they are working with one rider to develop. With Sam, it's hard to develop a bike when you haven't ridden another MotoGP bike.

"It's a difficult situation for Sam because he is trying to develop and trying to make results.

"There's too much load on his shoulders and that's why I think I will be good for the job."

Lowes, who will step back to Moto2 next season with the Interwetten team, believes his development of the Aprilia has been one of his strong points this season.

"I can understand," said Lowes when Reddings comments were put to him.

"The funny thing is, the one good thing I've had this year is my development skills.

"Aleix [Espargaro, team-mate] will tell you, some of my comments are quite good and some of the directions we've gone in, I've actually managed to help with in a lot of ways.

"For whatever reason, it's not going great this year, 90% of that is probably me not gelling with the situation, and next year we'll go back and try to find the formula we had before, or even better it, and come back."

Redding turned down Aprilia in past 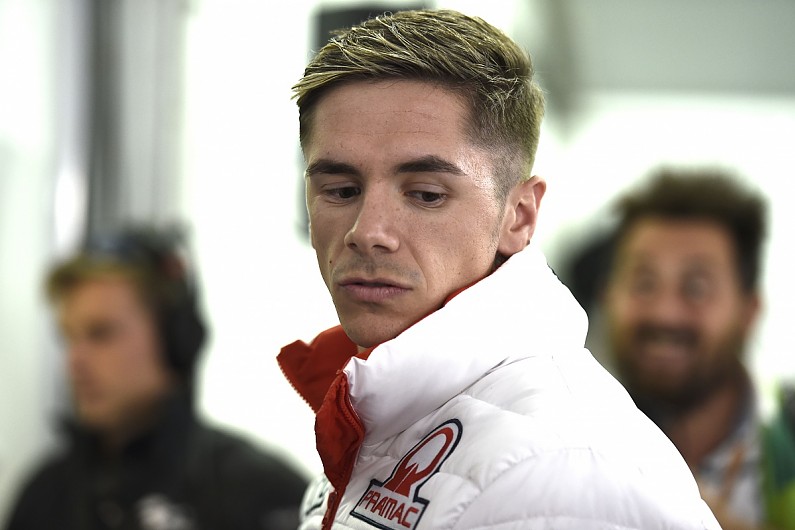 Redding said he turned down a possible move to Aprilia in the past because he was in a similar position to the one Lowes faced in 2017.

"I almost signed with Aprilia two, three years ago but I didn't feel like the bike was really ready and I wasn't ready to develop a bike from zero," said Redding.

"Now I look at it, I should have taken the pay and gone there and developed the bike but I was young, I wanted results.

"But now to have the opportunity again with a bike that's now in its third year - and you see some quite big steps with the bike, getting closer - I'm quite happy to go there.

"The positives for me going to Aprilia is the tyre consumption, the engine delivery and the handling of the bike.

"And bike size, it seems to fit Aleix [Espargaro] not too bad and we're similar.

"The only negative is acceleration and power, but they are working still to improve that."