British rider Sam Lowes believes he is past his initial learning phase in testing for his MotoGP debut with Aprilia in 2017.

The Moto2 race winner will step up to the premier class next year alongside current Suzuki racer Aleix Espargaro, and got his first taste of Aprilia's RS-GP at Misano in June.

He joined the bigger pre-Austrian Grand Prix session at the Red Bull Ring in July, and returned to Misano on Tuesday and Wednesday for his third full MotoGP test.

Riding alongside racers Alvaro Bautista and Stefan Bradl and Aprilia's tester Mike di Meglio, Lowes said the 135 laps of running signalled a shift in his focus.

"This was a very good test, because we got to the point of also starting to do some tests, beyond simply getting to know the Aprilia RS-GP," he said.

"For me it is never easy to get off the Moto2 bike and get on the MotoGP machine.

"The first day I tend to take some less than perfect lines for the way these bikes should be ridden, but the second day, even looking at the telemetry, I get close to the style of the other riders.

"At the end of the day the gap is not bad at all.

"The potential of the bike is definitely high and I am more and more happy to be part of this project."

Aprilia tried a host of development items at the track that will host next month's San Marino Grand Prix, with Bradl reporting improvements "particularly in terms of stability in braking" as a result of work on the chassis.

Ducati also ran at Misano on Tuesday, with Andrea Dovizioso twisting his knee in a late crash.

FOCUS BACK ON MOTO2 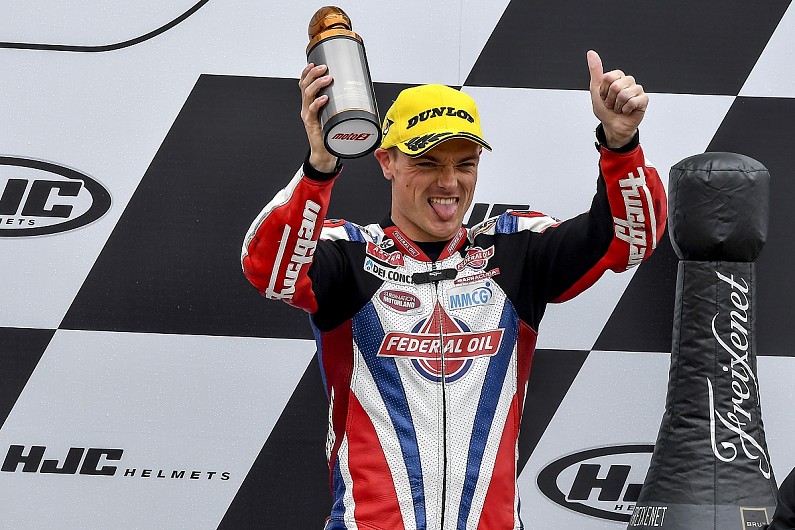 Lowes finished third in last Sunday's Moto2 race at Brno, behind Jonas Folger and Alex Rins, who will also step up to MotoGP next year with Tech3 Yamaha and Suzuki respectively.

With Tech3's other 2017 rider Johann Zarco finishing 11th, Rins closed to within 19 points of Zarco, while Lowes is 44 behind heading to his home race at Silverstone next weekend.

The 25-year-old said the Brno result was important following a pair of DNFs, but also for his confidence in mixed conditions.

"In the rain it was important for me to have a strong result because as we know at Silverstone it could be wet," he said.

"It's important to get a solid result at Brno in the rain because these last few years I've struggled a little bit.

"I'm feeling quite good. We've still got seven races to go. After the last few races we're probably quite far behind but it means I can just have fun, try my best and see what happens."