Aki Ajo’s hugely successful Moto2 and Moto3 teams will continue to be KTM’s factory entrant in those categories of the MotoGP World Championship through to 2026.

The Ajo squad and Red Bull KTM began its partnership in Moto3 in the classes’ first season in 2012, with the pair winning the championship with Sandro Cortese.

Ajo would win the Moto3 championship again in 2016 in commanding fashion with Brad Binder, having finished runner-up the two years before with Miguel Oliveira and Jack Miller.

KTM joined forces with Ajo Motorsport in Moto2 from 2017, with both Oliveira and Binder finishing runner-up in the championship in 2018 and 2019 respectively.

The Ajo Motorsport stable has been a major talent factory in grand prix racing, with the likes of Marc Marquez, Johann Zarco, Miller, Binder and Oliveira coming through its ranks into MotoGP.

KTM’s tie-up with Ajo Motorsport has created a full ladder to MotoGP for KTM riders, with Binder and Oliveira successfully completing this journey when they joined the premier class in 2019 and 2020 – with the pair responsible for KTM’s four MotoGP wins. 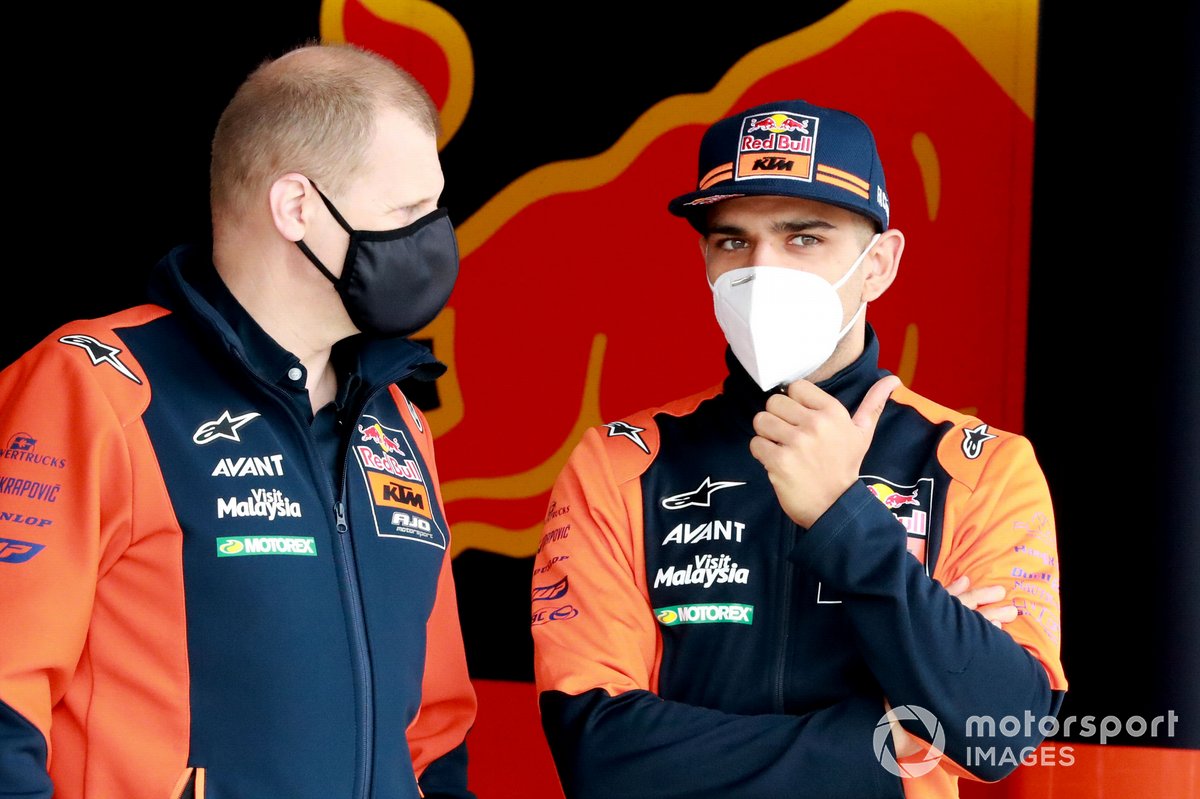 Since 2012, Ajo has scored 39 victories in 2012 and 21 in Moto2, with rookie sensation Pedro Acosta currently leading the Moto3 standings in 2021 after three wins and Tech3 MotoGP-bound Remy Gardner top in Moto2 with two victories.

“This new deal is really satisfying and a real no-brainer for us,” KTM boss Pit Beirer said.

“Aki’s team is having a great season so far but for ten years now they have been a super-important part of our structure.

“We are very passionate about developing our own racing talent and we invest a lot on efforts for Red Bull MotoGP Rookies, NTC and Moto3 to do this.

“We feel it gives us a strong connection.

“It is how we want to go racing and we’re thrilled that we proved that it could work in the MotoGP paddock.

“Back in 2012 we were like a ‘guest’ here. We had a bike, an ambition and just a space in the back of Aki’s transporter; we didn’t even have our own truck!

“I’m happy and proud that Aki is a special part of a bigger effort that means we had more than 70 bikes on track at the Sachsenring.

“He helped us arrive in MotoGP and we just want to get even stronger.”

KTM’s involvement in motorcycle road racing is grown to such a point since 2012 that in this weekend’s German Grand Prix paddock, 76 riders across MotoGP, Moto3, Red Bull Rookies Cup and the Northern Talent Cup are on KTM machinery (KTM is still represented in Moto2 by Ajo, but axed its chassis project at the end of 2019, with the team racing Kalex frames now).