Remy Gardner emerged on top in a race-long duel with Marco Bezzecchi to claim victory in the British Moto2 round at Silverstone, as his team-mate and chief title rival Raul Fernandez suffered a costly retirement.

Gardner and Bezzecchi traded positions several times over the course of the 18-lap race, even coming to blows at one point, before the Ajo KTM rider made the decisive move with seven laps to run to seal victory.

At the start of the race, Bezzecchi got the holeshot from pole position but was pressurised by both Jorge Navarro and Gardner as he exited Copse. This brought Sam Lowes into play, the home favourite immediately passing Navarro before clearing Bezzecchi at Becketts to hit the front for the first time.

Lowes’ lead, however, would turn out to be short lived, with Bezzecchi getting a great drive out from Aintree to pass the Marc VDS rider under braking for Brooklands.

All this while, Gardner was mounting a comeback after dropping to sixth behind his team-mate Fernandez, returning to third position by the second lap to chase the leading duo for victory.

On lap 5, the championship leader finally made a move on Lowes into the Loop and then set about chasing Bezzecchi for the lead.

Gardner passed Bezzecchi into Village on the following tour but the VR46 rider immediately fought back, retaking the lead into Stowe. 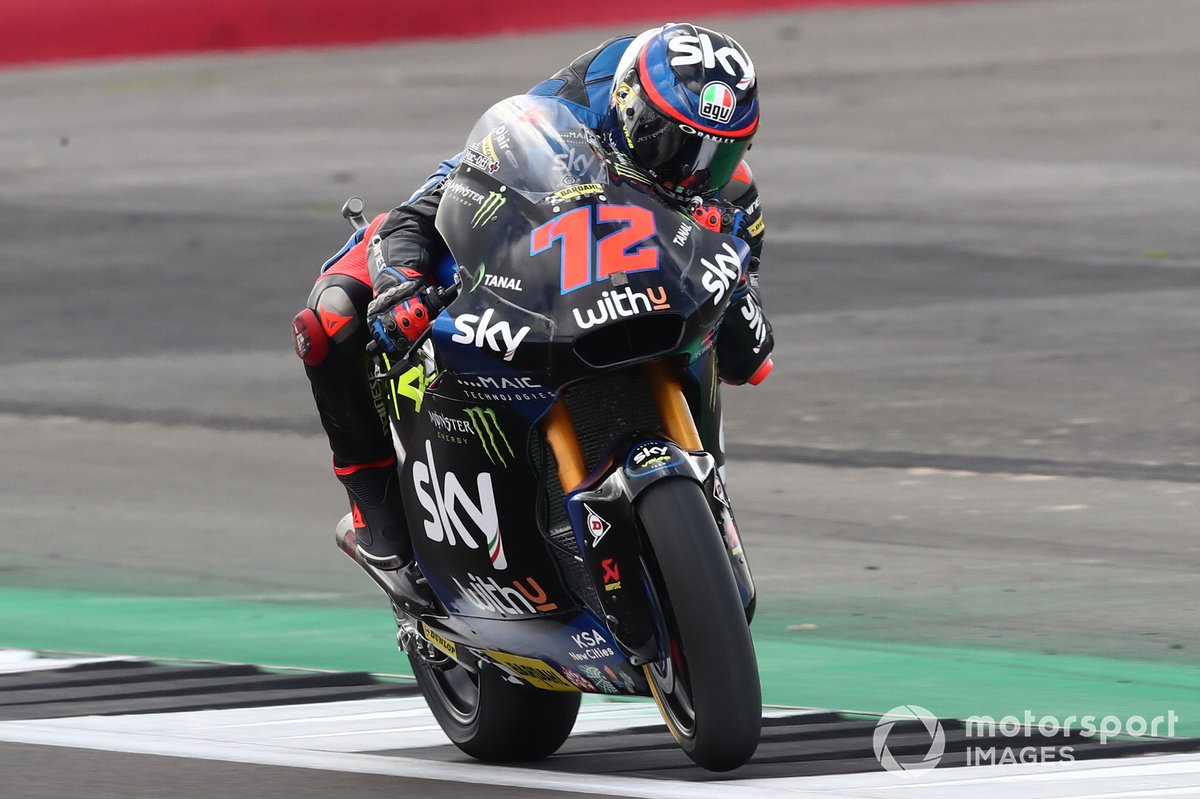 There was contact between the two on lap 7 as Bezzecchi braked into Turn 15, with Gardner doing enough to stay on the bike as he swooped past his rival to retake the lead.

Bezzecchi and Gardner would swap positions multiple times before the Australian made a move at Village on lap 12 that would secure him a fourth win of the 2021 Moto2 season - while further back title rival Fernandez crashed out at Farm with four laps to go.

Bezzecchi kept the pressure up on Gardner until the final tour, setting his personal best on the penultimate tour, but ultimately couldn’t close the gap enough to attempt a last-gasp lunge on his rival.

He ultimately crossed the line 0.481s down on Gardner, securing his sixth podium finish of the season.

Behind the leading duo, SpeedUp’s Navarro denied Lowes a podium on his home turf after passing the Marc VDS rider into Village in the closing stages of the race.

With Fernandez crashing out of the race, Gardner has built a 44-point lead in the standings over his Ajo team-mate. Bezzecchi sits third after scoring three podiums in the last five races, 52 points behind MotoGP-bound Gardner.