Moto2 championship leader Alex Marquez will not graduate to MotoGP for at least another year after agreeing to stay with Marc VDS in the intermediate class for 2020.

Marquez, the brother of five-time MotoGP champion Marc, leads the Moto2 standings in his fifth season in the category, and finished second in Austria last weekend after winning five of the previous six races.

The 23-year-old was understood to have been offered a Petronas Sprinta Moto2 ride for 2020, but that deal fell apart - with Yamaha's reluctance to give him one of its satellite bikes in MotoGP for the year after believed to be a major factor.

"I am very happy to be able to announce that next season I will continue with Marc VDS in the Moto2 category," said Marquez.

"I am very grateful for the confidence of the team.

"With its renewed technical structure, a key part of the current success, I will be able to continue for one more year to improve as a rider, raise my riding level and prepare myself to fulfil my dream of making the leap to MotoGP."

Although Marquez's manager Emilio Alzamora had talks with Pramac, and another Ducati MotoGP satellite team Avintia publicly stated an interest in recruiting him, Marquez has long admitted a 2020 premier-class graduation was unlikely despite his sudden burst of form.

Johann Zarco's shock decision to depart KTM at the end of the current season also have opened up a prospective ride, but Marquez has now taken himself out of the running. 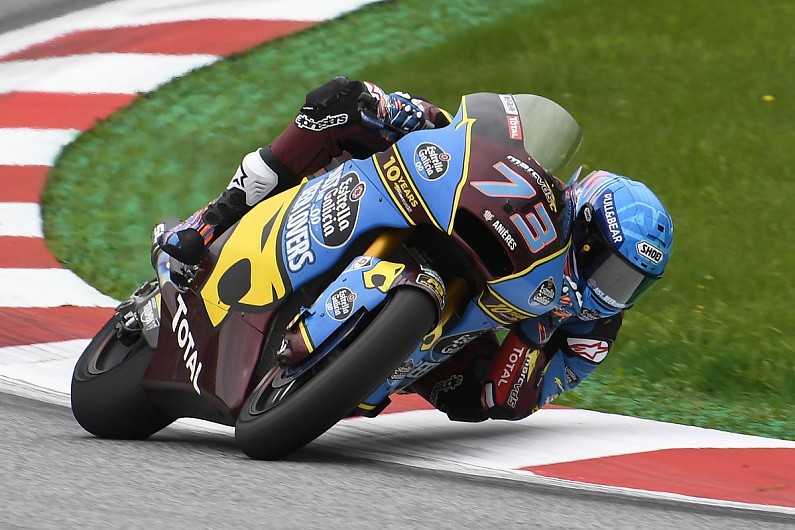 His new deal means he will race with Marc VDS for a sixth-straight season in the category.

"I'm really happy that the guy, the rider, the man will stay with us for another year," team owner Marc van der Straten said.

"The option of his promotion to MotoGP next year would have made us excited, as we want the best for him because he deserves it. However, I didn't like the option of him spending another year in Moto2 competing in another team.

"If he were to win the title this year, it would be in bad taste for him to fight for it in 2020 for a rival team when he has been trained with us in this category.

"Fortunately, he stays at home and will be able to complete his entire career in Moto2 with the team that has seen him grow."