Team Veloqx is gearing up for a racing return after nearly 20 years way with a Le Mans Hypercar bearing the Fangio name and powered by a radical biofuel engine.

The British-based squad will end an absence from the tracks dating back to the climax of its successful 2004 campaign with a pair of Audi R8 LMP1 prototypes, which yielded victory in the Sebring 12 Hours and the runner-up spot at the Le Mans 24 Hours.

Team founder Sam Li has unveiled plans for a World Endurance Championship challenger to be known as the Veloqx Fangio Hypercar, which will be powered by an engine capable of running on multiple environmentally-friendly fuels.

The plan is for the car to begin racing in 2025, although Li hasn't ruled out an earlier return for the Veloqx name.

Li explained that the time was right to bring back a team that enjoyed great success in a short period: it won the British GT Championship in its maiden season in 2002; the GTS class at Le Mans in 2003 in a joint-venture with Prodrive; and then the Le Mans Endurance Series under the Audi Sport UK Team Veloqx banner.

"I was 28 when we stopped at the end of 2004 and I needed to focus on my business in real estate," Li told Autosport.

"I've worked with a manufacturer and been successful, but I wanted to grow the company to the point where I could have more added value technically when I came back.

"I am now committed to trying to win Le Mans under the Veloqx name."

Li has trademarked the Fangio name of five-time Formula 1 world champion Juan Manuel in the motorsport and automotive realms.

He said that the name "symbolises the best" and that he hoped "Mr Fangio would be proud of our projects".

At the heart of Li's return to racing as a constructor is what the organisations is describing as the "Veloqx variable zero-emission fuel combustion engine".

The powerplant has been conceived to run on a variety of biofuels, including green hydrogen.

"We want to use endurance racing and the platform provided by the Automobile Club de l'Ouest [the Le Mans organiser and WEC promoter] to validate this technology," explained Li, who is an engineer by education.

"We want to have multiple teams running our LMH against each other on a variety of fuels. 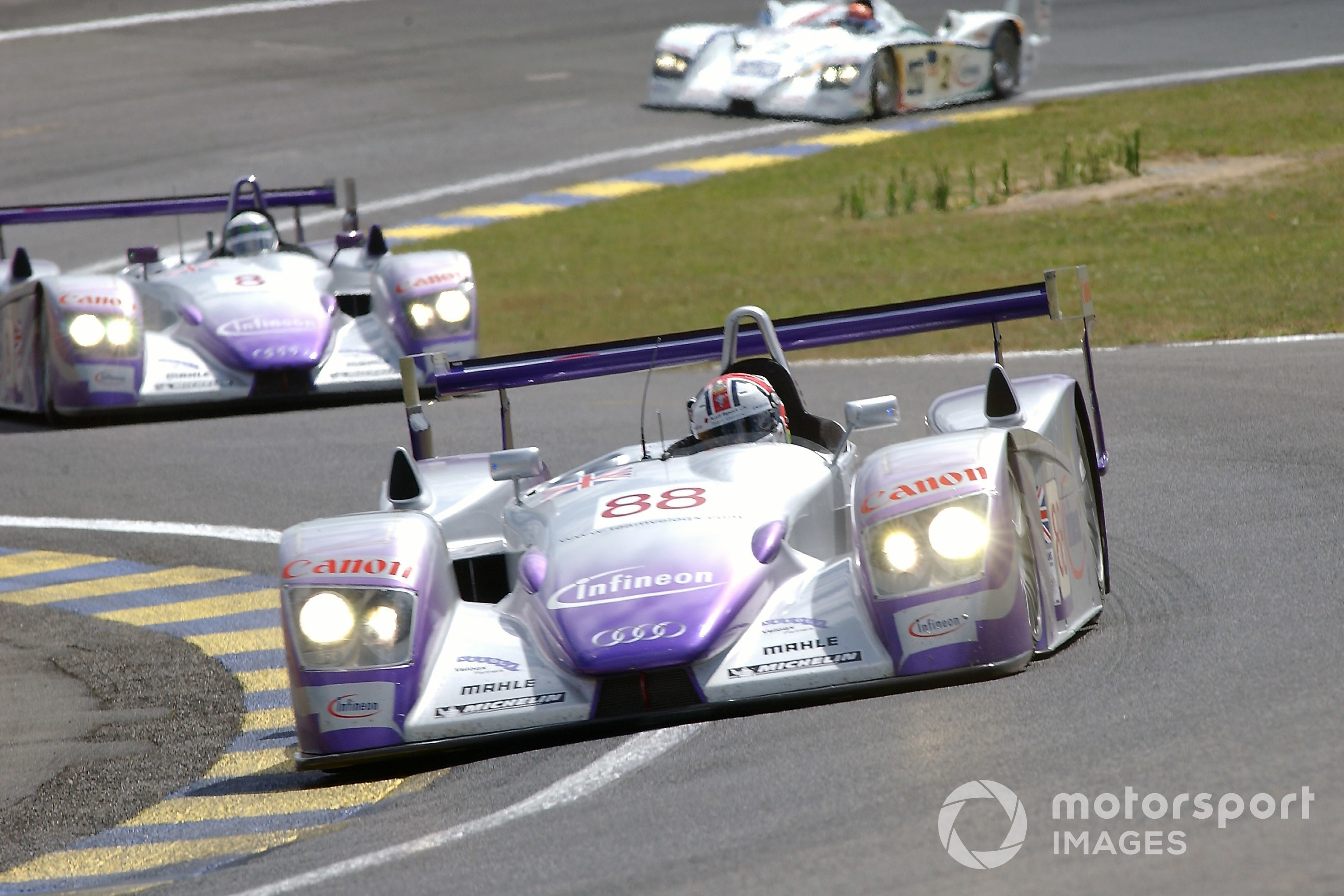 "We believe that different oil companies in different jurisdictions will have different solutions for a zero-emissions fuel format."

Li explained that his vision will most likely have to wait until 2025 before becoming a reality.

This is because the WEC has extended its deal with TotalEnergies for an exclusive supply of fuel for another three seasons, which will encompass a switch to a biofuel for next year.

But Li admitted that the Fangio could potentially race in 2024 on Total fuel.

PLUS: The legacy of Audi's engine architect

Baretzky, who retired from Audi last year, said: "Sam and I are thinking along the same lines.

"What we are talking about is important to guarantee the future of motorsport by keeping it attractive."

Li said he will be recruiting an "industry leader" to head up the project technically.

The reborn Veloqx squad will be based in the same workshops in Brackley from which the Audis and the Ferraris 360 GT2s it fielded in the 2003 FIA GT Championship were run.

He explained that this would be used to provide a carbon offset so that any future Veloqx projects have a "net zero carbon footprint".

Veloqx already has a car up and running that Li explained will serve as an initial prototype for both the LMH and a planned low-volume road car.

This car (pictured), which has tested at the Bahrain International Circuit, is powered by a Ferrari V12 engine, Li revealed.

Li hasn't ruled out a Veloqx return before 2024 or '25 and suggested that it could be back on the grid as early as next year.

He revealed he is talking to a manufacturer about running a road-based LMH contender in the WEC under the banner of a carbon neutral footprint racing, but was unable to reveal further details.