The fuel issue that hit both Toyotas in last weekend's Le Mans 24 Hours could have been a "showstopper", according to the Japanese team's technical boss.

Pascal Vasselon, technical director of Toyota Gazoo Racing Europe, has revealed that only the resourcefulness of his team prevented long pitstops that would have deprived the marque of the fourth consecutive victory in the French enduro it secured on Sunday.

He likened the problem to the one that resulted in the #8 Toyota GR010 HYBRID spending nearly an hour in the pits at the Monza World Endurance Championship round in July.

"It was a similar problem to Monza, but in Monza we could not fix it," said Vasselon.

"Many people in the team have been quite creative to fix the problem.

"The big difference this time was that we found a way to work around it without stopping for an hour in the garage, which would have been a showstopper.

"We knew stopping would have be game over for the win, which is why we did everything we could not to do it."

The Toyota Le Mans Hypercars that finished one-two at the end of the 24 Hours on Sunday did not have enough of a margin to be able to undertake a long pitstop and come out ahead of the chasing Alpine LMP1 car, the Glickenhaus LMHs and the leading LMP2 prototypes. 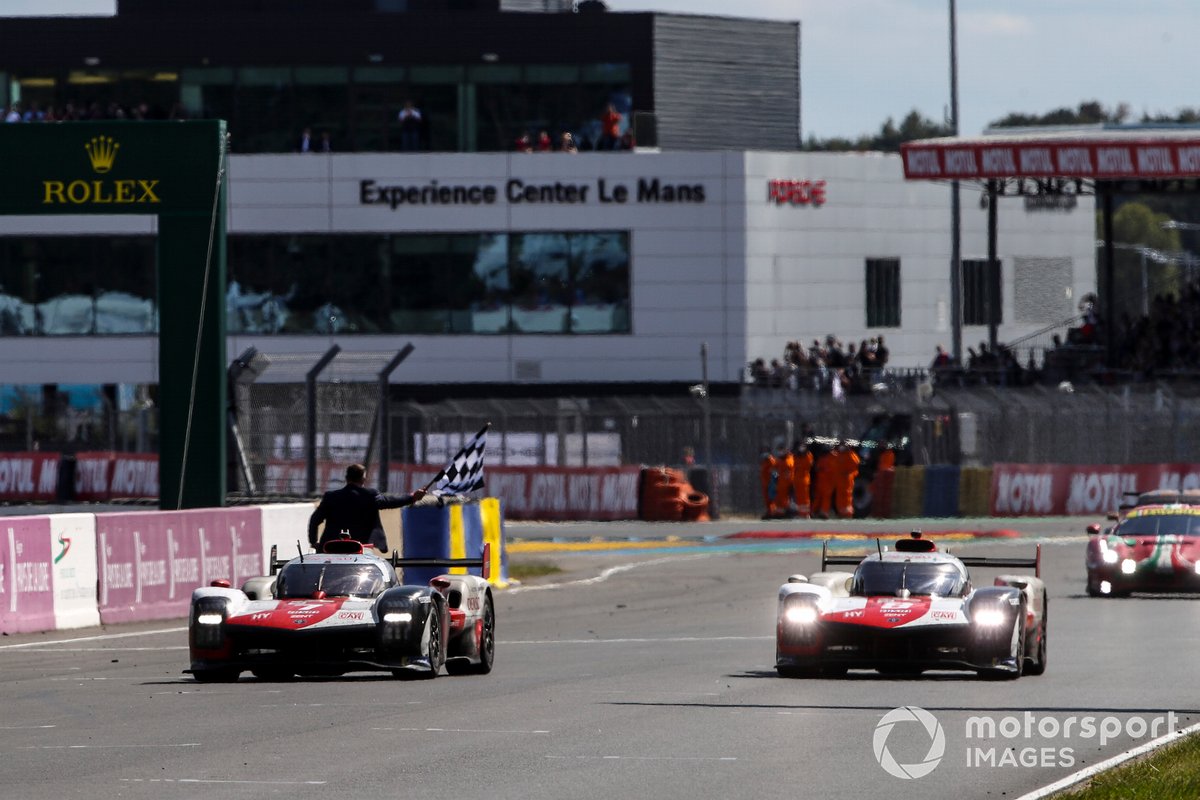 Vasselon explained that pulling the cars into the garage to undertake the same fix as at Monza would "have cost at least 45 minutes".

Toyota changed the fuel collector incorporating a filter inside the tank of the #8 Toyota at the Italian WEC round.

It needed to do so after contamination of the fuel, which was related to the processes and systems used by the team and not the fuel supply from Total, afflicted the car shared by Sebastien Buemi, Brendon Hartley and Kazuki Nakajima.

Vasselon would not go into detail how Toyota managed to fix the problem this time around.

"We have to look into more details to give a clearer picture," he said.

The fuel issue began to affect the #8 car that took the chequered flag two laps down on the winning Toyota as the race approached two-thirds' duration.

It affected the distance the car could do between refuelling stops, reducing the number of laps from its regular 13-lap stint length to eight or nine.

The winning car shared by Kamui Kobayashi, Mike Conway and Jose Maria Lopez began to be affected in the closing hours of the race, by which time the Toyota crew had worked out what it described as a "workaround" to overcome it.