Porsche says it has a "score to settle" on what it has confirmed will be its final outing in the GTE Pro class of the Le Mans 24 Hours next weekend.

The German manufacturer has clarified that the World Endurance Championship showpiece event on 11-12 June will be the last time its Manthey Racing-operated 911 RSR-19s compete at the Circuit de la Sarthe, as it prepares to switch its focus to its LMDh programme in 2023.

Porsche will once again be represented by its pair of full-time WEC entries, the #91 car of Gianmaria Bruni, Richard Lietz and Frederic Makowiecki, and the #92 machine of Kevin Estre, Michael Christensen and Laurens Vanthoor.

Since switching to the current-gen RSR-19 for the 2020 edition of Le Mans, the Stuttgart firm has struggled for competitiveness against rival marques Ferrari, Corvette and Aston Martin.

But Porsche Motorsport's vice president Thomas Laudenbach says the manufacturer has everything it needs to exit GTE Pro on a high this time.

“We’re tackling the 24 Hours of Le Mans well prepared, with huge determination and as the leaders of the WEC rankings,” said Laudenbach. “This is the last time the works team will contest the tradition-steeped classic with the two 911 RSR.

"We still have a score to settle there: since the debut in 2019 [post-Le Mans], our cars have won on almost all racetracks on the FIA WEC calendar – only the GTE-Pro class win at Le Mans is missing from our list of successes.

"We want to change this. There’s no doubt that our RSR, the six works drivers and the team are capable of this." 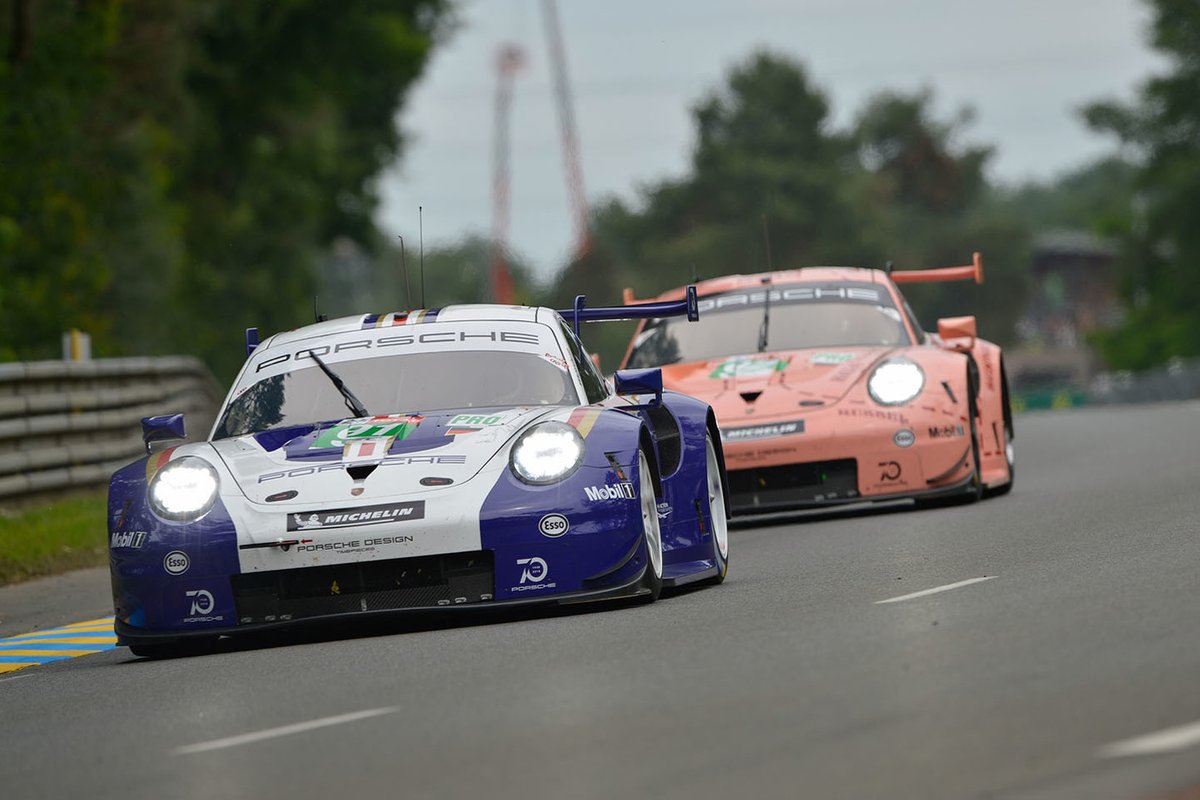 Estre, Christensen and Vanthoor claimed Porsche's most recent GTE Pro triumph in 2018 with the previous-generation 911 RSR.

The marque's first outing with the current car in 2020 was marked by myriad technical issues despite Bruni scoring pole position, and ended up occupying the bottom two places in class.

It improved to third and fourth last year, but still didn't have the pace to truly threaten Ferrari or Corvette.

"In the past two years, we haven’t achieved the results that do our 911 RSR justice," said Estre. "We are highly motivated to change this at the car’s final Le Mans start in the GTE Pro class.

"The first two races of this year’s FIA WEC season went well for us: we’re leading the championship. We’re bringing everything we have to the table to achieve a class victory. But at Le Mans, you always have to be prepared for anything, because the track has its own special characteristics.”

Bruni added: "After the disappointments of the past two years, we finally want to get back to the top. We have everything it takes to make that happen.

"Motivation is at an all-time high because everyone wants to crown the final outing of our factory RSR in Le Mans with a class win. I’m looking forward to driving the first laps, but I’m just as excited for the huge crowds that are expected."

It's unclear whether the GTE Pro class will even continue at all next year, as the WEC's rulemakers have stated that a minimum of four entries from two manufacturers will be needed to keep the category alive for one more year before the introduction of a new pro-am GT3 class in 2024.

Ferrari is also poised to switch its full focus to the top Hypercar class next year with the introduction of its new LMH contender.