Jan Magnussen admits it was "hard to comprehend" the extent of the misfortune suffered by the LMP2 car he shared with son Kevin in last weekend's Le Mans 24 Hours.

The #49 High Class Racing Oreca 07-Gibson piloted by the Danish father-and-son duo, along with compatriot Anders Fjordbach, trailed home 17th in the LMP2 class, 27 laps down on the winning Team WRT car.

It followed a litany of misfortune for what was ex-Formula 1 racer Kevin's first Le Mans start and sportscar veteran Jan's 23rd.

The elder Magnussen was at the wheel just after the halfway point when he was hit by the G-Drive Racing car of Roman Rusinov, which was then followed shortly by a rear puncture resulting in a crash.

After he coaxed the wounded Oreca back to the pits, the High Class crew were able to repair the car and send it back out, but engine trouble later in the race resulted in more unscheduled trips to the garage.

“I love that it happened and that we got to do it together like this," said Jan.

"That part of it is a dream come true. Obviously I wanted a lot more for Kevin this weekend but that’s how it goes, especially here at Le Mans! 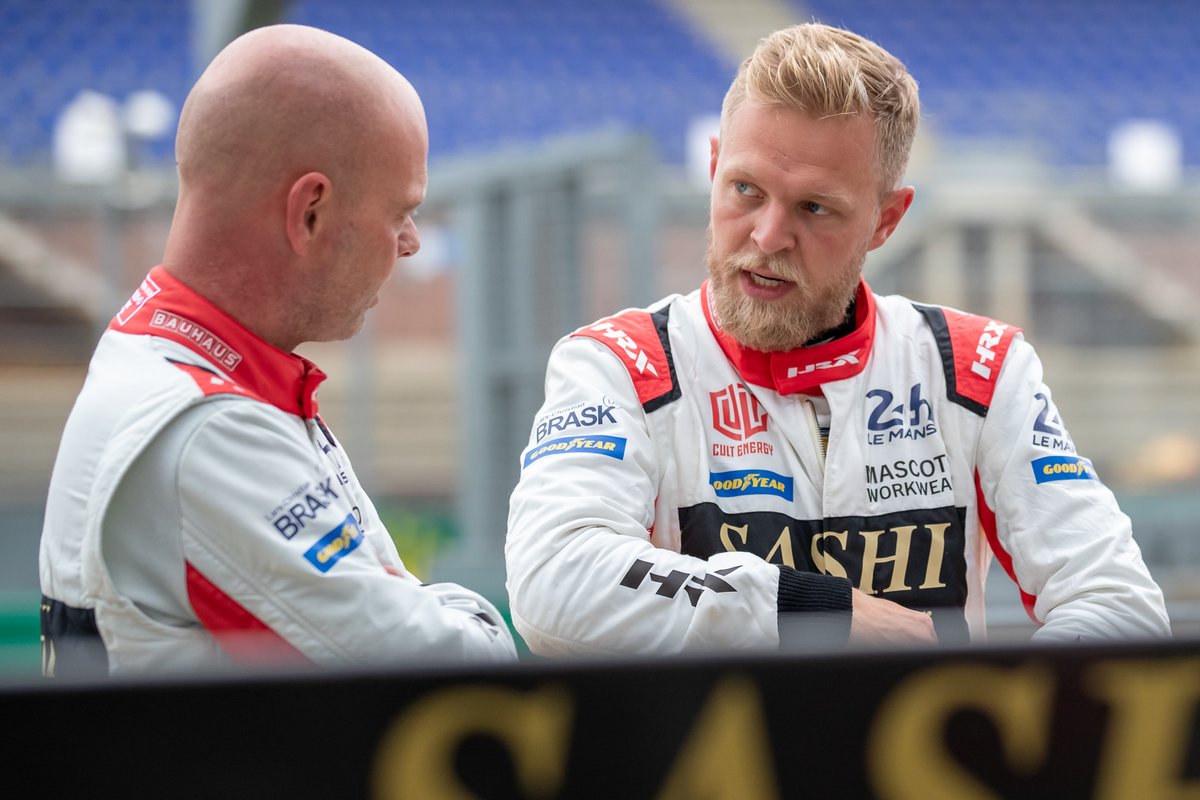 "The whole project, from start to finish, has been amazing to be part of and I’m so grateful that it happened and that we had people who believed in us and supported us the way they did to make this dream come true.

"It’s hard to comprehend how much bad luck we had; it never ended, even in the last couple of laps I had a big issue. But the emotion and experience of driving with Kevin in the same car here at Le Mans will be the thing I am going to remember for always.”

Kevin, who will be part of Peugeot's Hypercar assault from next year, added: “Well obviously it wasn’t the result we were wanting or even expecting but the chance to do this race with my dad is something we’ve talked about for many years.

"To be able to call my dad my teammate is awesome; he’s won Le Mans himself and I’m aiming to do it in the future! It was really cool to be team-mates and something we’ll remember for the rest of our lives.

"Running here at Le Mans was so great, even though it’s not as good a feeling when you’re frustrated about the race.

"Even so, it’s a really cool track and event and this experience has made me want to win it even more.”

The sister #20 High Class car of Ricky Taylor, Marco Sorensen and Dennis Andersen finished 13th in LMP2 and fourth in the Pro/Am subclass.