The Canadian, who competed in Champ Car feeder category Formula Atlantic in 2007 before switching to the European single-seater ladder, filled in for Mikhail Aleshin in practice at Road America earlier this year, after the Russian had visa troubles following the Le Mans 24 Hours.

Wickens also drove for the same Schmidt Peterson squad at Sebring earlier in the year as part of a seat-swap with James Hinchcliffe, and he was in attendance at Toronto when Aleshin was eventually replaced by Sebastian Saavedra for that weekend.

With Aleshin now having split with the team, Wickens sparked speculation that he was on course to race in the final two road course events of the year when he tweeted: "I've never been to Watkins Glen or Sonoma... but I hear they're really nice."

Speaking to Autosport about that post, he said: "To be honest it was just a social media thing to stir the pot a bit.

"Then getting teased a bit at Road America but not being able to do the race has left me eager to see what IndyCar would be like for a full weekend.

"Once I heard that Mikhail wasn't racing for the rest of the year, I immediately checked my calendar to see what dates clashed, and I'm available for the last two road course races.

"If I was contacted, I'd be 100% interested. The team and I have stayed in contact since the seat swap, which is how the Road America chance came up, and they also contacted me for Toronto.

"I've been pretty vocal and clear that I'm very interested in IndyCar, at the very minimum doing a couple of one-off races." 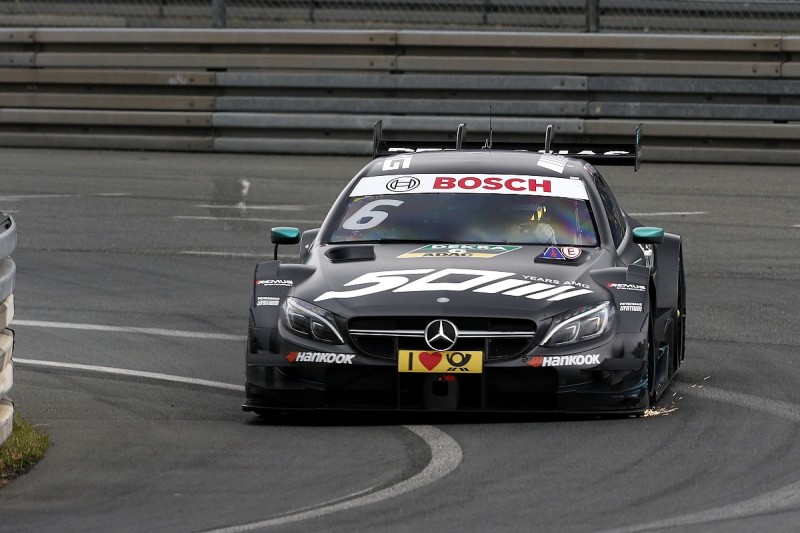 Wickens said that Mercedes' decision to withdraw from the DTM at the end of 2018 to switch to Formula E had heightened his interest in IndyCar.

"Sebring and Road America were fun and done just out of a passion for driving race cars, and knowing I had something great to go back to - my DTM ride," he said.

"Now with Mercedes pulling out of DTM, that definitely got me thinking.

"Circumstances have changed and I'm looking at what's out there.

"[Next year] is a great time to jump in [to IndyCar] with a new aero package - any time a rookie driver can level the playing field, it's optimum.

"If Mercedes want to continue with me in DTM in 2018, that's still a great opportunity.

"But if Schmidt Peterson can afford to take someone without money for those [2017] races, I want to be on their list."