Fernando Alonso is "yet to show interest" in a full season of IndyCar competition, according to McLaren Formula 1 CEO Zak Brown

McLaren will partner with Arrow Schmidt Peterson Motorsports in a two-car IndyCar team next year, which will mark its first full season in America's top single-seater category since 1979.

Alonso was part of McLaren's one-off partnership with Andretti Autosports in 2017, where his attempt to win one leg of motorsport's 'triple crown' at the Indianapolis 500 ended after an engine failure.

McLaren and Alonso partnered with Carlin for the race this year, but failed to qualify.

McLaren extended the contracts of Lando Norris and Carlos Sainz Jr for 2020, ruling Alonso out of an F1 return with the team, and Alonso later said he was pursuing other "challenges".

Brown said he would discuss IndyCar possibilities with Alonso at the Italian Grand Prix next month, but added all driver decisions would be made jointly between McLaren and SPM founder Sam Schmidt.

"He [Alonso] is well aware of everything that's going on with our IndyCar activities and has been for some time," said Brown.

"I don't think his desire to win the Indy 500 has diminished at all.

"He has not shown an interest, yet, I should say, in a full season of IndyCar.

"He's coming off of 20 years of lots of racing and I think he wanted to take the second half of this year off to see what he wants to do in the future.

"I think he would be an outstanding talent in IndyCar.

"I personally think, knowing him as well as I do, and his driving style, he'd be immensely successful and welcomed and would enjoy it.

"But Fernando is the type of individual that you put the opportunity in front of him and let him make his decision.

"So I'll be picking that up with him in about a month's time, but I would not anticipate in 2020 him having a desire to do a full season."

Schmidt stated his desire to retain James Hinchcliffe, who is a long-term spokesperson for Honda and used heavily in its marketing campaigns, after the team's Chevrolet switch was announced. 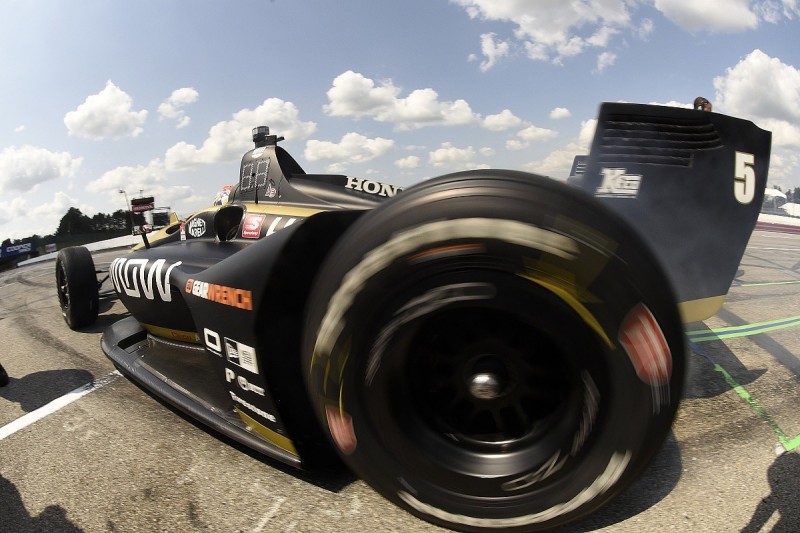 Schmidt confirmed that although the team currently plans to field two cars throughout the season, it aims to expand to three cars for the Indy 500.

"I wouldn't rule out ever running a third car," said Schmidt.

"There certainly will be a third car in Indy, but I think our priority first and foremost is to position the two cars with identical liveries and every opportunity that those two cars have to win races, win the Indy 500, win a championship.

"A third full-time entry is not really on the radar now, but [I] wouldn't rule it out for sure."

Schmidt added SPM's link with Meyer Shank Racing "most likely will not carry on", as it is set to remain a Honda team.