Team Penske's Josef Newgarden continued his strong St. Petersburg practice form from Friday with the fastest time in the final timed session before qualifying for IndyCar's second round.

The two-time series champion, a winner at the Florida street course in 2019 and 2020, topped the timesheets with a 1m00.062s lap that was over a tenth clear of his 2019 title rival Alexander Rossi and just shy of the track record.

The Englishman's time was then eclipsed by Rossi's Andretti Autosport machine on a 1m00.627s, the fastest time of the weekend at that stage, with reigning champion Scott Dixon just behind for Chip Ganassi Racing.

The front runners started switching to the alternate softer compound with 12 minutes to go, and soon Andretti’s Colton Herta had whittled the leading time down to 1m00.221s– only for Rossi to trim a further 0.04s from that time to reclaim top spot.

However that didn't last for long as Newgarden's time at an average of 107.888mph returned him to the position he'd held on Friday. 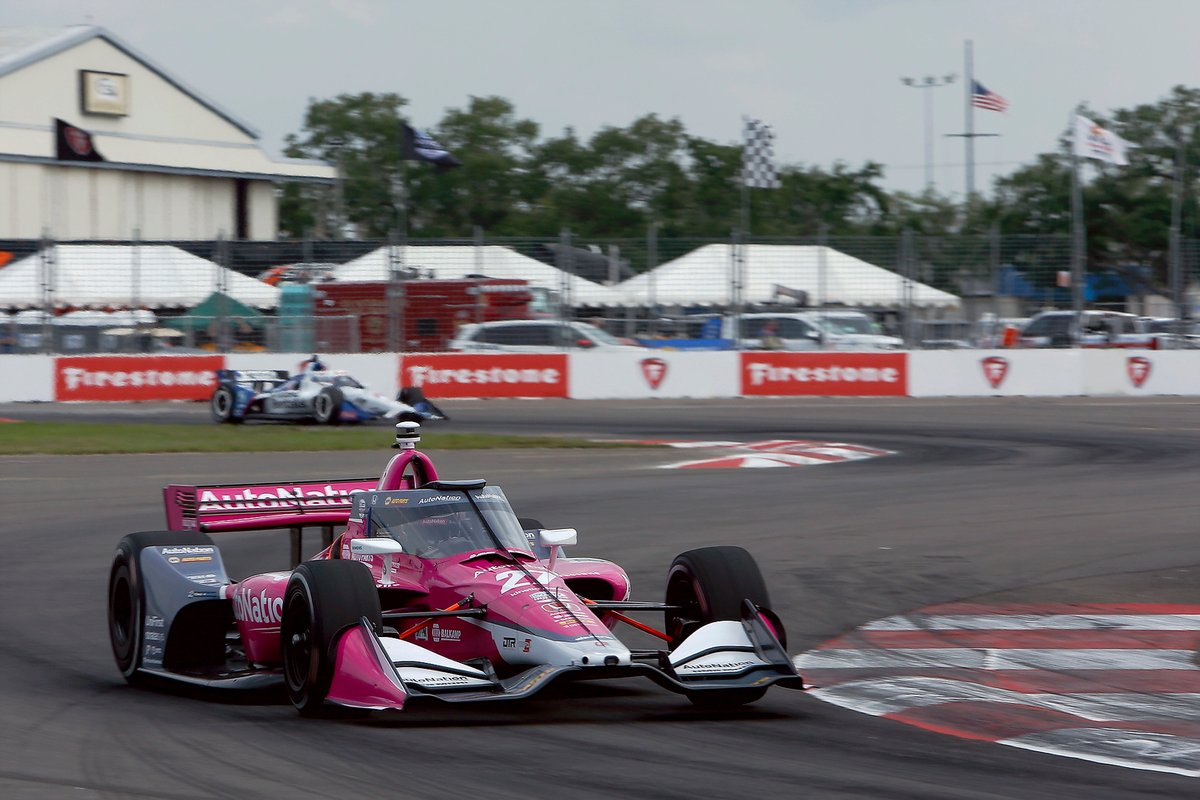 Rosenqvist’s red-tyre run was spoiled by a front-right lock-up and a trip down the Turn 4 escape road, which meant he was unable to improve and tumbled down to 12th.

A late improvement by Harvey put him ahead of Herta, splitting the fastest Andretti cars, in third spot, with Marcus Ericsson (Ganassi) just behind in fifth.

After a couple of trips down the Turn 4 escape road earlier in the session, Simon Pagenaud placed sixth as the second-quickest of the Penske quartet, narrowly ahead of rookie team-mate Scott McLaughlin and Dixon.

Series rookie Grosjean was an impressive ninth, with O'Ward completing the top 10.

The polesitter in each of his last two visits to St. Petersburg, Will Power had a frustrating session appearing to be blighted by understeer and finished 13th.

Jimmie Johnson was the first driver to switch onto the red-walled alternate tyre but was frustrated by traffic as he set the slowest time, 2.297s slower than Newgarden.