The 2016 IndyCar champion remained in the top five, which eventually became the lead lap cars throughout the majority of the race, but came under pressure from Rossi after Will Power and Zachary Claman de Melo crashed and caused a caution on lap 205 of 243.

Once the lead cars had taken their final stop for tyres and fuel, Pagenaud twice had to prevent Rossi from going around the outside as he finally broke the tow to finish second.

"I had a lot of good battles, especially with Alexander at the end. He gave me some grey hair in the last 30 laps, but we managed to hold him off.

"I knew he was really strong off [Turn] 4. I knew he was getting really good restarts also. The way the Honda restarts [is] really strong, I knew I had to cover the inside. I knew I wouldn't have a chance on the outside. I tried earlier, it didn't really work.

"My car was working really well on the shadow line [darker middle lane]. That helped me out.

"I got aggressive with [Rossi] to hold him off because he was super-fast behind. I tried to do everything to break the draft Helio [Castroneves]-style. He taught me a lot on that." 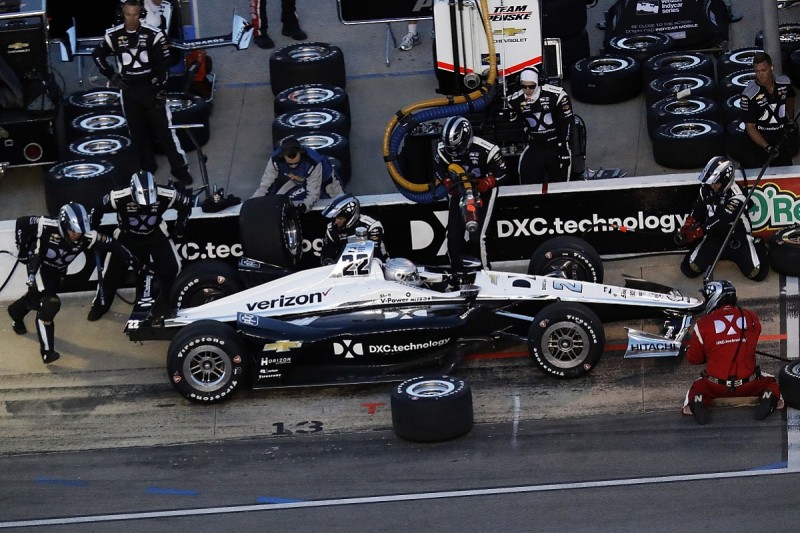 Pagenaud's second at Texas was his first podium of a so-far difficult 2018 season.

He is now eighth in the points, 128 behind championship leader and Texas winner Scott Dixon, but said he took solace from Penske team-mate Josef Newgarden coming back from a poor start to 2017 to claim last year's title.

"It's never over anyway," said Pagenaud. "We saw last year, Newgarden really started his momentum mid-season, went on and won the championship.

"I did the same last year really, I started really doing a good job in Toronto.

"This year's been a tough start. There were a lot of unknowns [with the new car]. Got taken out a few times, which hasn't happened in the past.

"From then on, luck always turns around. It goes by cycle.

"Now it's about executing. Myself, everybody on the team, really executed well [at Texas]. It's a good example of what we need to do every weekend."