Hinchcliffe and Pippa Mann both missed the cut in qualifying last weekend as the 35-car entry meant the return of 'bumping'.

As the car qualifies under Indy 500 rules rather than the driver, SPM had the option to get Hinchcliffe into the race by 'buying out' one of the one-off entrants that had made the 33-car field.

But Hinchcliffe announced on social media on Thursday that SPM had now ceased exploring such options.

"Barring unforeseen circumstances, I will not be racing in the Indy 500 this year," he wrote.

"The decision was made to stop pursuing options to get us in the race.

"There really aren't words to describe how missing this race feels.

"At the end of the day, we simply didn't get the job done. No excuses.

"This is our reality and we will face it head on, we will use it as motivation and we will come back stronger." 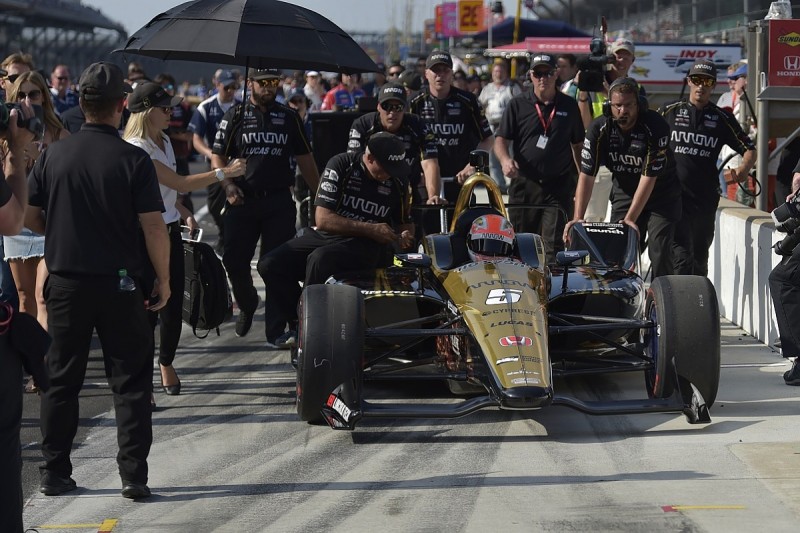 Hinchcliffe is currently fifth in the championship, but missing the double-points Indy 500 will be a huge blow to his title hopes.

"We have a great team, incredible partners and the best fans, all who have been so supportive through this," he added.

"I'm sorry we can't be on track for you Sunday, but we will be pushing hard for the wins in Detroit.

"I wish all 33 drivers a fast and safe race. I'll be watching and cheering on my SPM team-mates."

SPM still has three cars in the race, with Hinchcliffe's full-season team-mate Robert Wickens the best of them in 18th on the grid.