The next generation of Indycar will not feature a divisive design similar to Formula E's Gen2 "Batmobile" car, says the series' director of aerodynamic development Tino Belli

IndyCar used design consultant Chris Beatty to help style the 2018 universal aerokit into a more attractive car, as opposed to the manufacturer designs from the previous three years.

Autosport previously revealed that discussions for a new car slated for 2021 will begin at this year's Indianapolis 500.

The series has used its IR12 chassis since '12.

Belli told Autosport he does not expect the next car to be a radical departure from the current package.

"I think yes [it will be more of an evolution]," he said. "I track what fans think on forums and speak to them at the racetrack.

"I don't think I've found a single person who doesn't like the look of the new aerokits and the drivers are all very much onboard with what we've done, so we have no significant problems from that point of view.

"For example, Formula E I see as being much more 50-50, you either love it or you hate it.

"From that point of view, the next design will probably still be an Indycar as opposed to a Batmobile." 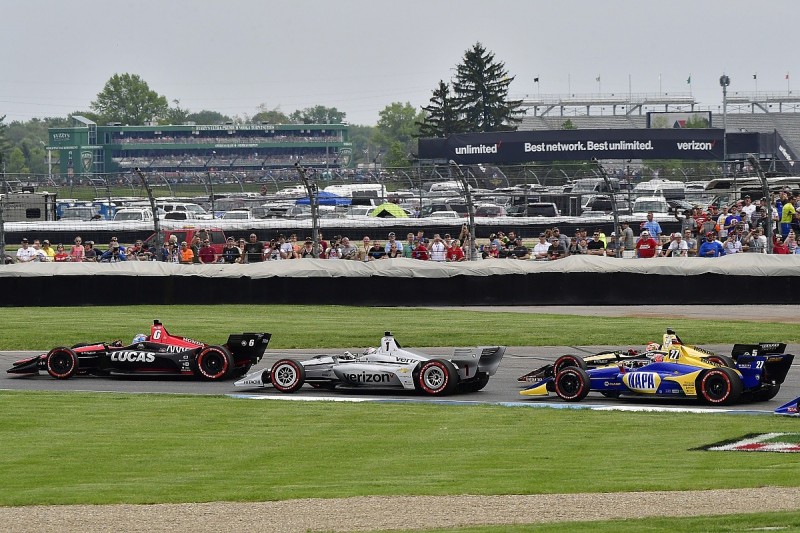 Belli added that he still believes there is room for improvement with the aerokit, which has won praise for its affordability and for improving the racing spectacle in 2018.

IndyCar is now reassessing the car in traffic to see if further gains can be made. "We study every accident, what the drivers say," he said.

"We're about to embark on a CFD study in traffic, which hopefully will be validated in a driver-in-the-loop simulator.

"There are a lot of people who study the wake of cars and stuff like that, but really interpreting whether a car is better or worse in the wake of another car is very difficult and really the only property we've got on that is the drivers.

"At IndyCar we have an opportunity right now because we've just switched from one aerokit to another, which is quite different and so we can get that feedback.

"That will give us the opportunity to play with different aerodynamic elements on the car, re-map them in CFD and try them again in the driver-in-the-loop simulator to see if we can pinpoint what we have to do aerodynamically to the car to make it even better in a traffic situation."