Wickens, who had tried Hinchcliffe's Dallara-Honda in a 'car swap' test earlier this year, was called in to drive Aleshin's car in Friday practice before the Russian arrived next day.

"I'm very happy where I am with Mercedes and DTM," said Wickens, who completed 28 laps across the sessions and got down to a time 1.8 seconds off the pace.

"This was just a spur-of-the-moment thing.

"James and I, we're very close.

"Schmidt Peterson Motorsport has stayed in contact since the car swap because they're great people, we got along very well.

"Hinchcliffe asked me if I was in Canada, because I was supposed to be going to have a relaxing weekend at home before I go back to Germany for my next DTM race."

Wickens' DTM team HWA was happy to approve his outing, believing that sampling another type of machinery would assist his driving - but it had to be cleared with Mercedes' head of motorsport Toto Wolff.

"I had to call Ulrich Fritz, the CEO of HWA," Wickens added.

"He's more than happy for me just to get more seat time.

"He believes that drivers driving different cars will make you better when you come back to your day job. 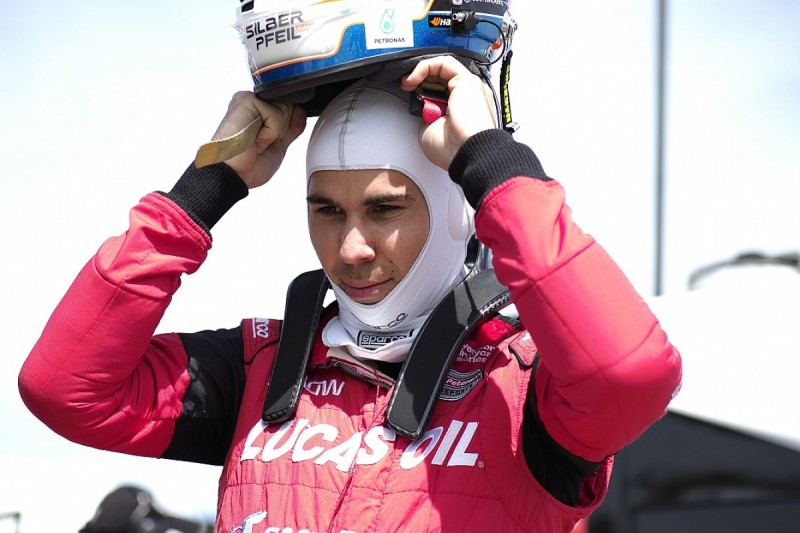 "He did have to call Toto. We needed a quick answer, yes or no, if I could do it or not.

"Surprisingly five minutes later, he called me back and said, 'Pack your helmet and have fun.'

"So luckily it wasn't that hard to convince him."

Wickens spent his junior career in single-seaters, winning Formula BMW USA and Formula Renault 3.5 titles, and was a reserve driver for the Marussia Formula 1 team - for which he drove in Abu Dhabi Grand Prix practice in 2011.

He moved into the DTM the following year and intends to stay there for the long term.

"At the moment, DTM is my priority," said Wickens.

"You never know what the future holds - but I can confidently say that F1 is not on the radar for me.

"I'm 28 years old. I have no ambition to start another career now."