Dale Coyne Racing has signed the 2022 Indy Lights runner-up Sting Ray Robb to pilot its #51 entry in the 2023 IndyCar Series.

Following Takuma Sato’s departure to Chip Ganassi Racing-Honda for an oval-only program, and Formula 2 driver Marcus Armstrong – who tested for Coyne last October – being snapped up by CGR to drive the same #11 entry on road and street courses, team owners Coyne and #51 car co-owner Rick Ware were left with good quality albeit lower-profile names available.

Following a test on 4 January at Sebring, signing Robb became a priority for Coyne who was left highly impressed by the 21-year-old Idahoan, and eager to pair him with incumbent young star David Malukas, who will again race the #18 DCR with HMD Motorsports.

"He is coming off a very strong Indy NXT (Indy Lights’ new nomenclature) season and he impressed us and performed very well earlier this month at our test.

"I think he and David will make a great pairing. With David continuing where he left off last year, and Sting Ray wanting to do well in his rookie season, we have two young and eager drivers who, I think, are a force to be reckoned with.” 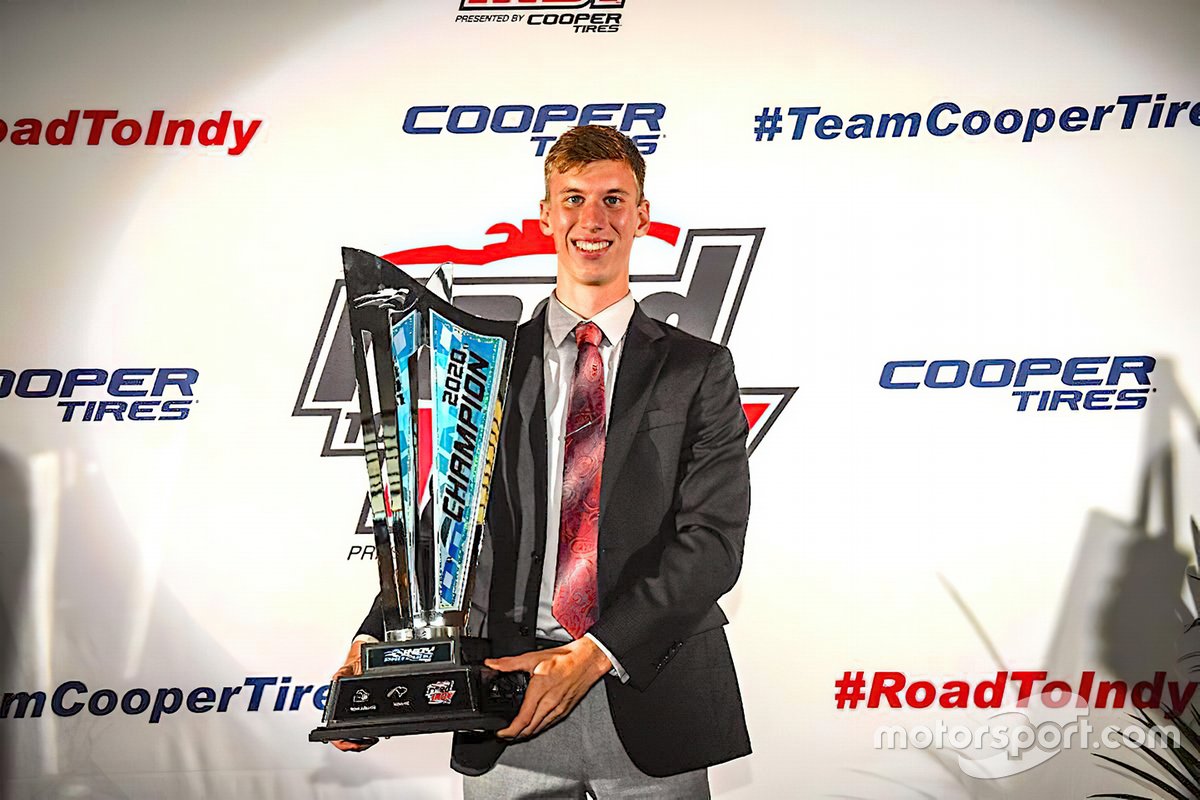 Photo by: Road To Indy

Ware stated: “Dale and I have spent a lot of the off season testing and discussing driver options.

"He’s young and already has multiple years in the IndyCar ladder system.

"I am really looking forward to another fresh driver and personality to the #51 team and partnership platforms. With Sting Ray’s road course experience, and Dale’s oval-track program, we are very optimistic.”

Robb scored one win and seven other podiums on his way to second in the 2022 Indy Lights series for Andretti Autosport, and with Juncos Racing was the champion in the 2020 Indy Pro 2000 (now USF Pro 2000) series.

"This is an opportunity, a dream, that has been long in the making,” said Robb.

"I’m honoured to join forces with Dale Coyne, Rick Ware and the whole organisation. I am excited and grateful to be on the NTT IndyCar Series grid for 2023.

"We had a great first test together in early January and I was very impressed with the efficiency of the DCR with RWR team and how well we worked together on our first day.

"Dale Coyne Racing has a historically distinguished program that has seen success with many drivers and most recently, with young, talented drivers.

"I’m looking forward to continuing that trend and expect some strong results as we enter my rookie season."