The Japanese 45-year-old, who won the Indy 500 in 2017 for Andretti Autosport and in 2020 for Rahal Letterman Lanigan, joins CGR after a single season with Dale Coyne Racing.

The ex-Formula 1 driver will share the #11 entry with ex-Formula 2 driver and IndyCar rookie Marcus Armstrong, who will contest all the road and street course rounds.

Scott Dixon, Alex Palou and Marcus Ericsson will remain with the team full-time after Jimmie Johnson elected to step away from driving the #48 entry and head into a team ownership role at NASCAR Cup squad Petty GMS.

Sato’s contract with DCR last year stated that he would have to remain with the team if he were to remain in the series for 2023, but an agreement has been reached to relinquish him to CGR.

Ganassi has amassed 14 Indy car championships – the most recent coming in 2021 with Alex Palou – and five Indy 500 wins, the latest coming with Marcus Ericsson last season.

Sato's arrival means that despite losing Tony Kanaan to Arrow McLaren SP, Ganassi can still boast three previous Indy winners in its line-up for the 500 this year.

"First of all, I would like to thank Chip and Mike [Hull, CGR managing director] for helping put this all together,” said Sato.

“I am extremely excited to join Chip Ganassi Racing for the 2023 season.

“The organisation has been at the top of our sport for decades and is, needless to say, extremely competitive. 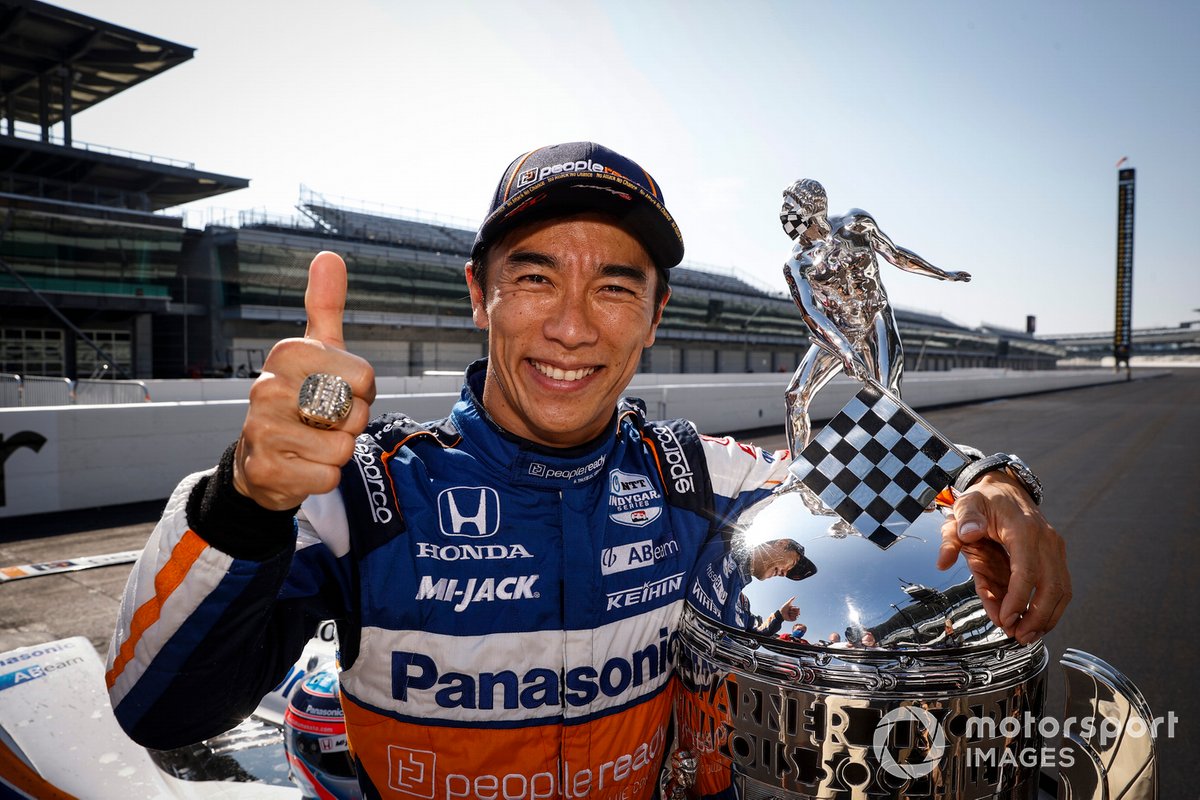 “Focusing on the oval races is a new chapter for me but I'm thrilled to have the ability to race with team members and team-mates that have won the championships and Indianapolis 500 in the past, which is a tremendous advantage.

“I just can't wait to get started.”

He switched to US open wheel racing after a best finish of third in 90 F1 starts, coming at the 2004 US Grand Prix at Indianapolis. That makes him one of only nine drivers to have won at Indy and scored an F1 podium.

Hull commented: “What a terrific opportunity to have Takuma Sato drive our #11 Honda IndyCar on the ovals in 2023.

“He is a two-time Indianapolis 500 winner who contributes with the experience of knowing how to win, by matching the strength of his three team-mates, which equals four who race as one. Chip Ganassi Racing looks forward to the 107th Running of the Indianapolis 500.”