Will Power insists he is still in the 2018 IndyCar title fight, despite trailing championship favourites Scott Dixon and Alexander Rossi with just two races remaining

The Penske driver won last weekend's race at Gateway, moving past long-time race leader Dixon on lap 150 of 243 and storming clear of Dixon and Rossi.

It was Power's third win of 2018, after he swept both Indianapolis races in May.

But a run of bad luck - including an engine failure at Road America, a collision at Texas and being collected in a multi-car collision at Toronto - has left him third in the standings.

He currently trails points leader Dixon by 68 points and Rossi by 42, with the season finale at Sonoma acting as a double-points race.

When asked if he was still in the title race, Power said: "Yes, we can absolutely do it, it's mathematically possible.

"When we turned up to Indy, it was a single-points race [on the road course] and a double-points race [the Indy 500]. I was about this amount of points behind [77 going into May], and I came out two points ahead with two wins. 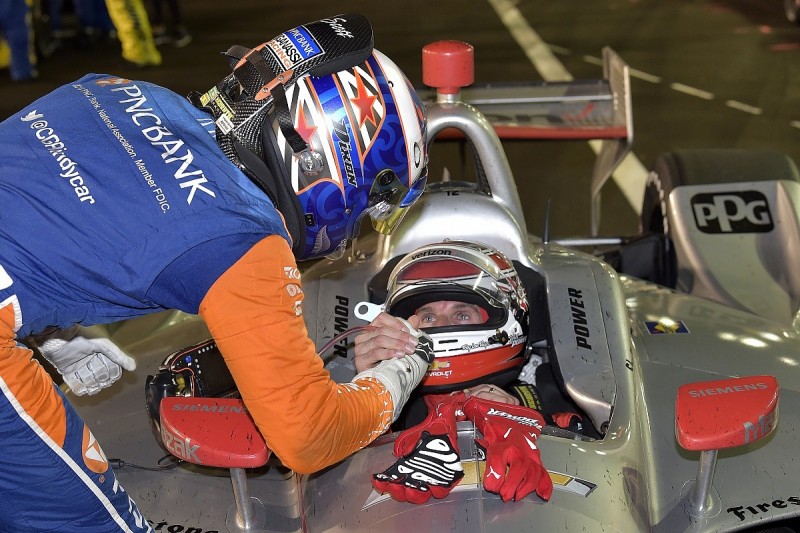 "It's going to be very tight. It's really hard to close a gap at this point of the season because, as you can see, the same guys are finishing in the top five every week, and they're all the guys you're racing [for the championship].

"I need those guys to have a bad day and for me to win a race.

"We have been so quick everywhere all year, but among the guys I'm racing, between them they've had one DNF.

"I've had five DNFs, basically. I've had a lot to make up, and we're on the way there.