Castroneves was switched to the IMSA SportsCar Championship as part of Penske's new Acura programme ahead of the 2018 season, bringing a close to 20 years in IndyCar.

But Penske will still run Castroneves at the Indianapolis road course and the Indy 500 as he seeks a fourth win at IndyCar's flagship race.

He sampled the 2018 IndyCar package for the first time at this week's Barber open test and was third fastest in a Penske 1-2-3 at the top of the times.

"I've missed it, it was great fun," Castroneves told Autosport.

"It was about using muscle memory. So, sure, I am a sportscar driver now, but you cannot take away the open-wheel roots. I have an IndyCar mentality.

"The first run was about learning the new car. It's very different from the last Indycar I drove, and it's very quick. I had to adjust a little bit of my driving style compared with last year.

"I had a few moments out there, to be honest, but I was able to catch it and because of less weight in the back, you can correct and catch it.

"It's very slippery on corner entry, but we made some good adjustments and towards the end of the day, we were getting better." 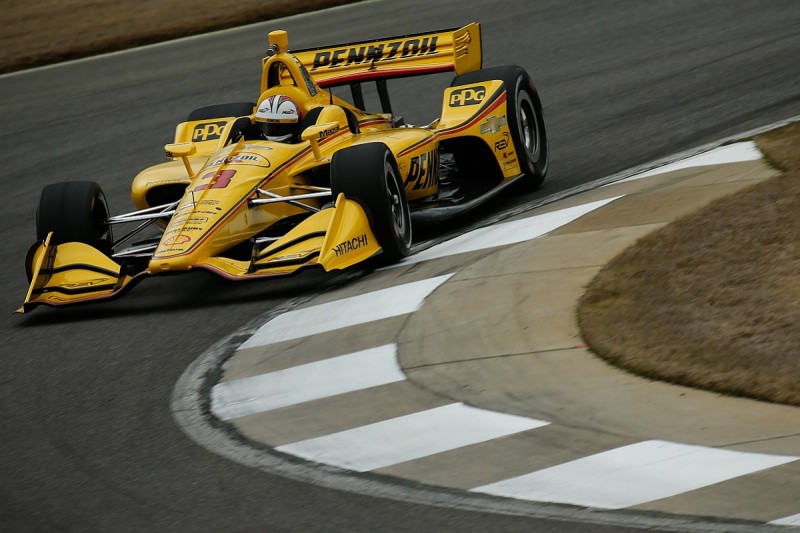 The Barber test was interrupted by rain in the afternoon, when Castroneves - who covered eight laps - was the only driver to do any running.

"Those few laps in the wet were fun, too. Chevrolet has made good changes in the software, so it has good driveability," he said.

"It's a shame I didn't get more time out there, but that's how it is. The rain came, but I know there was more time on the table which we didn't get a chance to find.

"Independent of the track, it was good to understand the new car's characteristics, especially when making changes to it.

"I wish the test had been longer for us, but still it was a big day, a useful day for me."

Ryan Hunter-Reay was the quickest Andretti driver in seventh ahead of Chip Ganassi Racing's Scott Dixon in eighth and Simon Pagenaud ninth for Penske.