Penske president Tim Cindric says IndyCar has to avoid becoming a completely spec series as it would be a "short-sighted" decision, believing a common car is for "lower motorsport"

IndyCar has moved towards an increasingly standardised car with the introduction of the universal aerokit for 2018, removing the differentiation between manufacturers Honda and Chevrolet developing their own aerodynamic designs.

The series' manufacturers are increasingly finding less avenues for development as IndyCar heads for a new engine slated for 2020.

Car development has also been heavily restricted after aerokits were brought in to end engineering dominance.

But Cindric told Autosport that IndyCar has to be above spec racing.

"If IndyCar wants to be perceived as the highest form of racing in this country, it should reward good performances and there should be ways you can differentiate yourself," he said.

"If you have your destiny in your own hands, that's a form of motorsport we want to be involved in.

"We like to see competitive parity and everyone has the tools to win but where there are ways to differentiate yourself. That's what makes it interesting for everyone."

Cindric added that IndyCar's intention to control costs was correct but that more open development could happen alongside it. 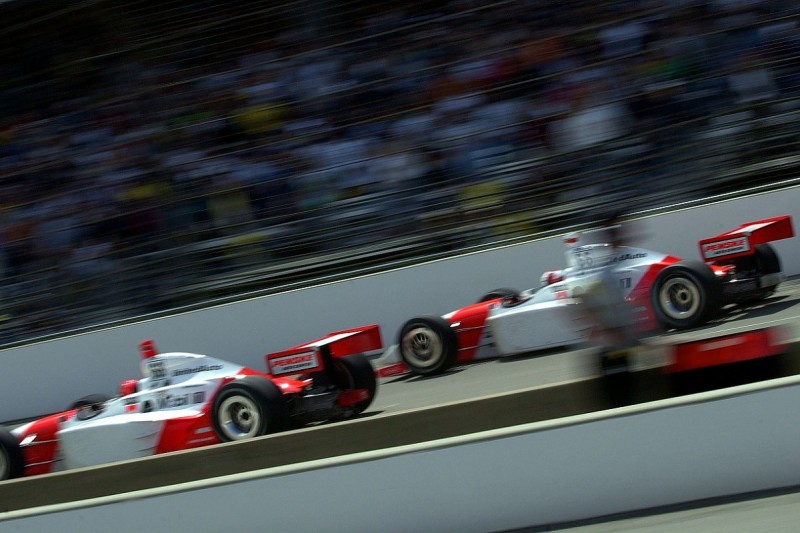 He pointed to the Indy Racing League's early years, when costs were saved with testing restrictions and the series regularly reacted to rising costs.

"I think there does need to be a certain amount of control on costs - I'm not an advocate of just opening things up," he said.

"But when we initially got into the IRL in 2001, that was at a time of IRL's ultimate cost containment, but there were more ways that we could differentiate ourselves.

"They weren't hugely expensive and if you did get it right, you'd have a one or two-race advantage and then everyone else had the ability to catch back up.

"We don't have any of those areas open to us anymore. If you want a spec car, go and compete in the lower forms of motorsport - that's what they're for."

He admitted that IndyCar's decision to head towards a spec aerokit was worthwhile because it ended an era where teams were "handcuffed".

"The way that era was initially presented was that all the Chevy teams and Honda teams would start out the same, but there'd be areas in which the teams could differentiate themselves," he said.

"But the idea of the aerokit era in terms of how it was presented and then what actually transpired was very different.

"It became just a manufacturers' differentiation and the teams themselves were handcuffed.

"I think [IndyCar] should be calculated on [opening] one area at a time going forward, rather than continue to reduce it to a spec series.

"If we're going to be perceived as the premier series in the country, spec racing isn't where we need to be."