Rahal finished runner-up at St Petersburg despite starting last on the grid and then dropping back to the rear on lap eight of 110 after he collided with Ed Carpenter Racing's Spencer Pigot on a restart at Turn 1.

The messy nature of the race reignited debate about pre-season testing. Although Sebring is the closest track characteristically to a street course, teams and drivers feel it is too unrepresentative to learn from.

Rahal, whose team was fastest in the final oval test at Phoenix, says Sebring deceived the team.

"Even though the tyre was the same - it was what we used at Sebring - the grip level there is obviously higher and it completely fooled us, I would say.

"We're just going to have to rethink it a little bit. It's going to take some time.

"It's been kind of tricky for us. So, having said that, I don't know exactly where we are competitively.

"I know that we're definitely not there if you know what I mean. To be up front, we're going to have to find quite a bit." 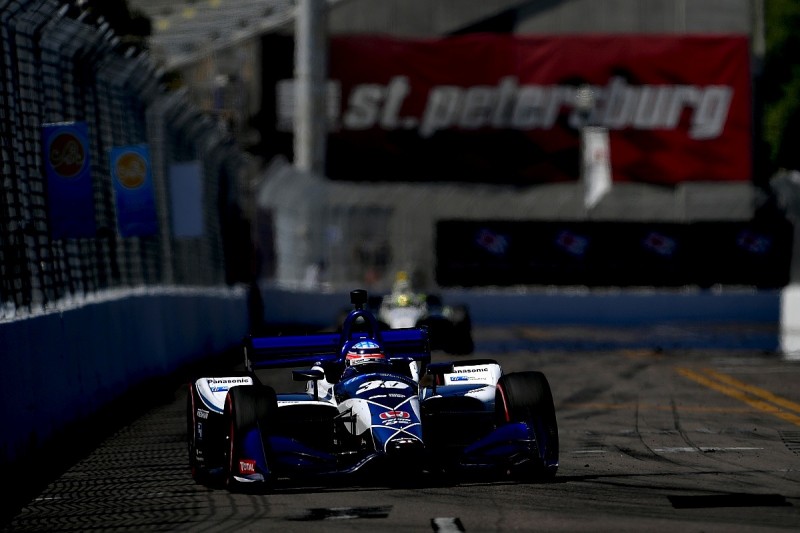 Team-mate and 2017 Indianapolis 500 winner Takuma Sato said the reduction in downforce courtesy of the introduction of IndyCar's new universal aerokit was the trickiest aspect to assess.

"We just realised how much downforce was important last year, and now we have to work quite hard," he said.

"But I think everybody is in the same boat and same game, and I think Graham and I are finding bits and pieces of the positive side."