Arrow McLaren SP's Pato O’Ward has lost his shot at the IndyCar title at the Long Beach finale due to transmission failure, which occurred 17 laps after he was punted into a spin at the end of the opening tour.

O’Ward lost his points lead to Chip Ganassi Racing's Alex Palou in Portland two races ago and came into the finale 35 points behind the leader at the rescheduled season finale on the streets of Long Beach.

At the end of the opening lap O’Ward was hit from behind by Ed Jones of Dale Coyne Racing with Vasser Sullivan, who was trying to pass James Hinchcliffe's Andretti Autosport at Long Beach’s tight hairpin, and was punted into a spin.

“I got hit,” he complained over the radio before spin-turning his car and rejoining.

Jones was given a drive-through penalty for avoidable contact.

O’Ward continued until lap 18, when his right-rear halfshaft broke as he shifted through the gears exiting the hairpin.

“Looks like a broken driveshaft mate, looks like you’ve lost power,” team president Taylor Kiel told him over the radio.

“It’s not the first time he’s hit us,” complained O’Ward of Jones to NBCSN.

“Not the first time he’s done something stupid all season also. 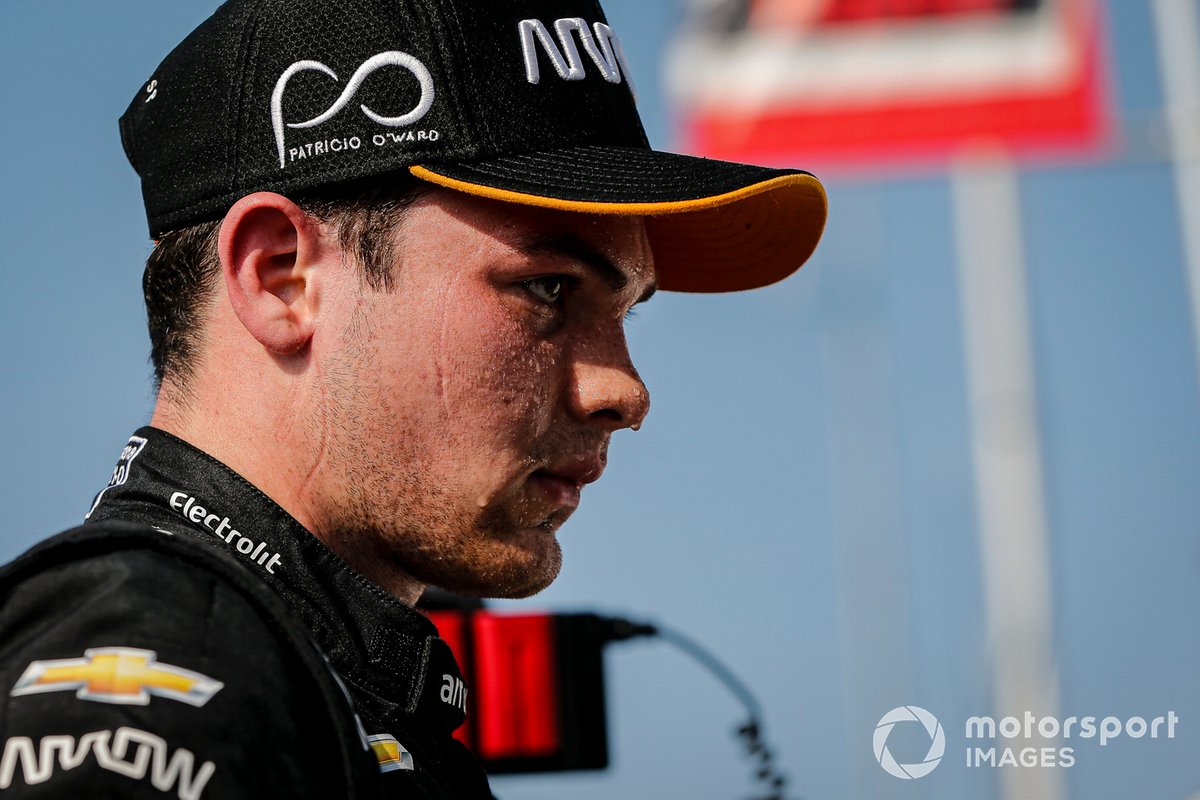 “I just wish he could use his head a little bit more, at least respect the guys fighting for the championship.

“The corner is [about] respect the guys in front of you then maybe you get a run [on the exit] – I’m not telling him how to race me but don’t be stupid about it.”

When asked to reflect on his title near-miss, he replied: “I think we had a great season, I’m proud of the team, proud of myself.

“Obviously it wasn’t the [most] perfect of seasons but that’s just how it’s going to be, you just have to learn from the little mistakes that you might have made and I feel like that gets you stronger.

“I’m looking forward to next year, I think we have a great baseline to start off from and see if we can get more wins and challenge for another title.”

Palou’s only rival is now Josef Newgarden, who led from the pole early on, but Palou needs only to finish 12th to claim the crown.