McLaughlin drove on both days of IndyCar's 'spring training' test at Austin on Tuesday and Wednesday in preparation for his debut in the Indianapolis road course race, and will be back in Penske's #2 car this week on the 1.5-mile oval.

VeeKay's team boss Ed Carpenter, who will contest oval races this year, is also due to take part.

Ahead of McLaughlin's oval debut, Penske's managing director Ron Ruzewski stressed not too much should be read into the Supercars champ's participation in the test.

"He has schedule conflicts. But since we're here in Texas and he's over here with us, we're going to do some laps with him.

"I would expect him to be more in his element [at Austin] than at Texas Motor Speedway, but yes, he did a very good job."

McLaughlin's Supercars commitments at Perth, Winton, Townsville and Darwin would preclude him from Indy 500 qualifying and the rounds at Texas, Richmond and Iowa.

That leaves Gateway as the only oval IndyCar race that McLaughlin could feasibly fit around his Supercars events.

Ruzewski said Penske is yet to schedule another test for McLaughlin, whose next appearance in an IndyCar on a road course could be in practice for May's Indianapolis race. 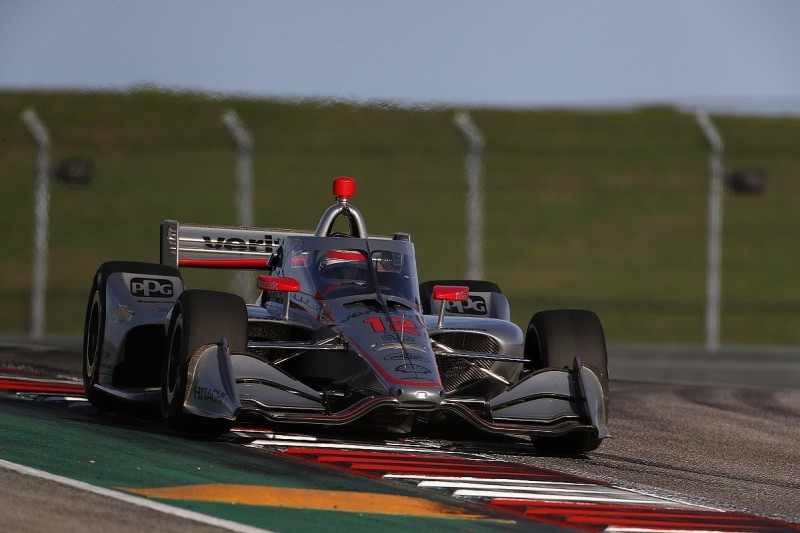 McLaughlin finished an impressive third across the two days of the Austin test, which was led by fellow Penske driver and 2014 IndyCar champion Will Power.

The two days of track time were effectively compressed into a six-hour session due to foul weather on Tuesday, but Power still set a best time of 1m46.760s, which was 0.6 seconds shy of the pole position time he recorded for last year's inaugural race.

That effort was particularly impressive given drivers were forced to obey track limits through the United States Grand Prix venue's penultimate corner.

McLaughlin made only one noticeable error, a spin at Turn 1, and was able to exploit the extra grip on offer when running a new set of tyres.

Andretti Harding Steinbrenner Racing's Colton Herta - who won last year's Austin race - was fifth, but had to sit out five minutes of the final hour after spinning into the Turn 19 gravel trap, causing a late red flag.

Between Herta and former Indy Lights team-mate Patricio O'Ward spinning his Arrow McLaren SP-Chevrolet at Turn 18, the last 45 minutes of the day were messy.

That meant not every driver could show their full potential due to red flags at inconvenient times, as well as a crowded track as the majority of cars poured onto the 3.4-mile circuit for a last-gasp chance to improve.

The 2019 Super Formula frontrunner finished the day ninth, and was within one second of Power's best lap.