In recognition of this co-ownership by Hendrick, whose team has amassed 14 NASCAR Cup Series titles, and who is chairman and CEO of Hendrick Automotive Group, this fourth Arrow McLaren will carry title partnership from HendrickCars.com.

In his 2021 championship campaign alone, the Californian won 10 points races and led more laps in a single season (2,581) than any driver since 1995.

Pending additional 2023 entries, Kyle would become just the fifth driver to run "The Double" on Memorial Day weekend by racing in the Indy 500 and NASCAR's Coca-Cola 600 on the same day.

The most recent driver to do so was Kurt Busch in 2014.

Hendrick, who has seen his team score 291 NASCAR Cup wins, including 10 in the Brickyard 400 at the Indianapolis Motor Speedway, said: “Having the opportunity to support Kyle, partner with an elite team like Arrow McLaren and promote HendrickCars.com in one of the world’s great auto racing events is truly unique.

“All of us are competitors. Putting Kyle in top-level equipment and allowing ample time for him to prepare for such a difficult challenge was important.

“It’s going to be very, very special to field a Chevrolet in the Indy 500 as a car owner. A collaboration like this was what we needed to make it happen, and fortunately the stars aligned.

“We’re 100 percent committed to doing it right and look forward to working with Zak [Brown, McLaren CEO] and his organisation.” 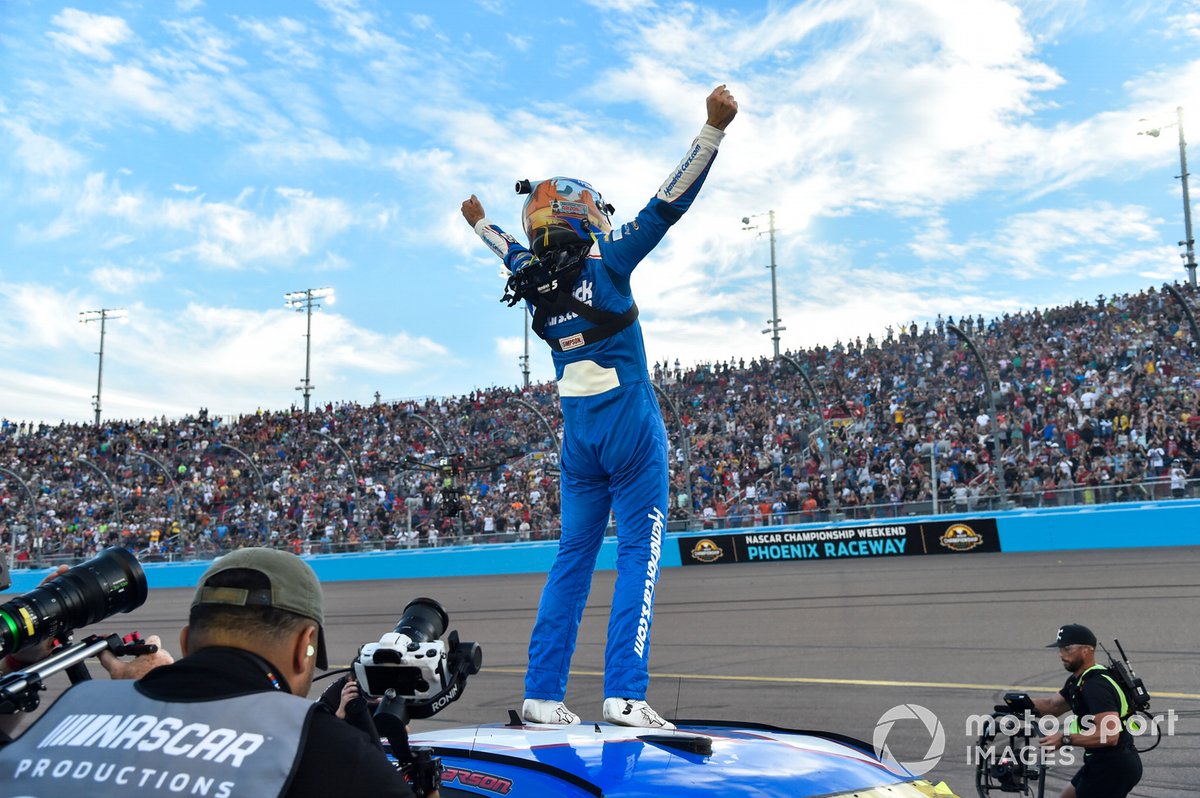 Larson won the Cup title for Hendrick in 2021

Larson, who has shown his versatility by co-driving the Chip Ganassi Racing Riley DP to overall victory in the 2015 Daytona 24 Hours, said: “I’m super excited. Competing at the Indianapolis 500 is a dream of mine and something I’ve wanted to do for a very long time – since I was a child, before I ever began competing in sprint cars.

“To do it with Arrow McLaren and Mr. Hendrick especially is a dream come true.

"I’m grateful for the opportunity and am really looking forward to it, even though it’s still about a year-and-a-half away.

“I’m really looking forward to competing in both the Indianapolis 500 and the Coca-Cola 600 and maybe even get a win or two that day.”

Brown said: “Adding Kyle Larson with a HendrickCars.com partnership to the Indy 500 lineup in 2024 is exciting for our Arrow McLaren team as well as for race fans.

“He’s a complete driver, known for racing anything on wheels, so I’m looking forward to seeing what Kyle can do in an NTT IndyCar Series car.

“It’s been great working with Rick Hendrick and [Hendrick Motorsports vice chairman] Jeff Gordon to pull this together, so a big thank you to them for what’s to come in May 2024.”