Kyle Larson doesn’t want his entry into the 2024 Indianapolis 500 with a Hendrick-backed Arrow McLaren to be a one-off, while McLaren’s Zak Brown is interested to see where this partnership could lead.

The 2021 NASCAR Cup Series champion will join McLaren Racing for next year's Indy 500, racing a car co-owned by Rick Hendrick.

In recognition of this co-ownership by Hendrick, whose team has amassed 14 NASCAR Cup Series titles, and who is chairman and CEO of Hendrick Automotive Group, this fourth Arrow McLaren will carry title partnership from HendrickCars.com.

In his 2021 championship campaign alone, the Californian won 10 points races and led more laps in a single season (2,581) than any driver since 1995.

Speaking following the announcement,  Larson made it clear that if all those involved feel it was a promising or fruitful partnership, he would like regular attempts at the Indianapolis 500.

Larson said: “I think if you look at all the types of stuff that I’ve done… when I get involved in something I don’t want it to be just a one and done thing. I want to take it serious, I want to continue to compete in it, learn the craft, because every type of racecar I drive takes a different style, a different driving path, and IndyCar is going to be another one of those obviously.

“We only have this one year deal done and we’ll see how it goes, but if we all enjoy it and all have a good time, if we all believe it was successful and we all want more of it, I would love to do it again. I’ve always said that I do not want to compete in the Indy 500 just to say I’ve competed in the Indy 500. I want to compete to win, I want to win some day down the road.

“I’m still young, I’m 30 right now, and I feel like I’m in the prime of my career, and I feel that when you’re in your prime you need to take advantage of it and go race as much and compete in a lot of the big events you can have a shot at winning.

“Obviously if you win at the first shot, that can change things if all parties enjoy it, I would love to compete in it more than just next year.” 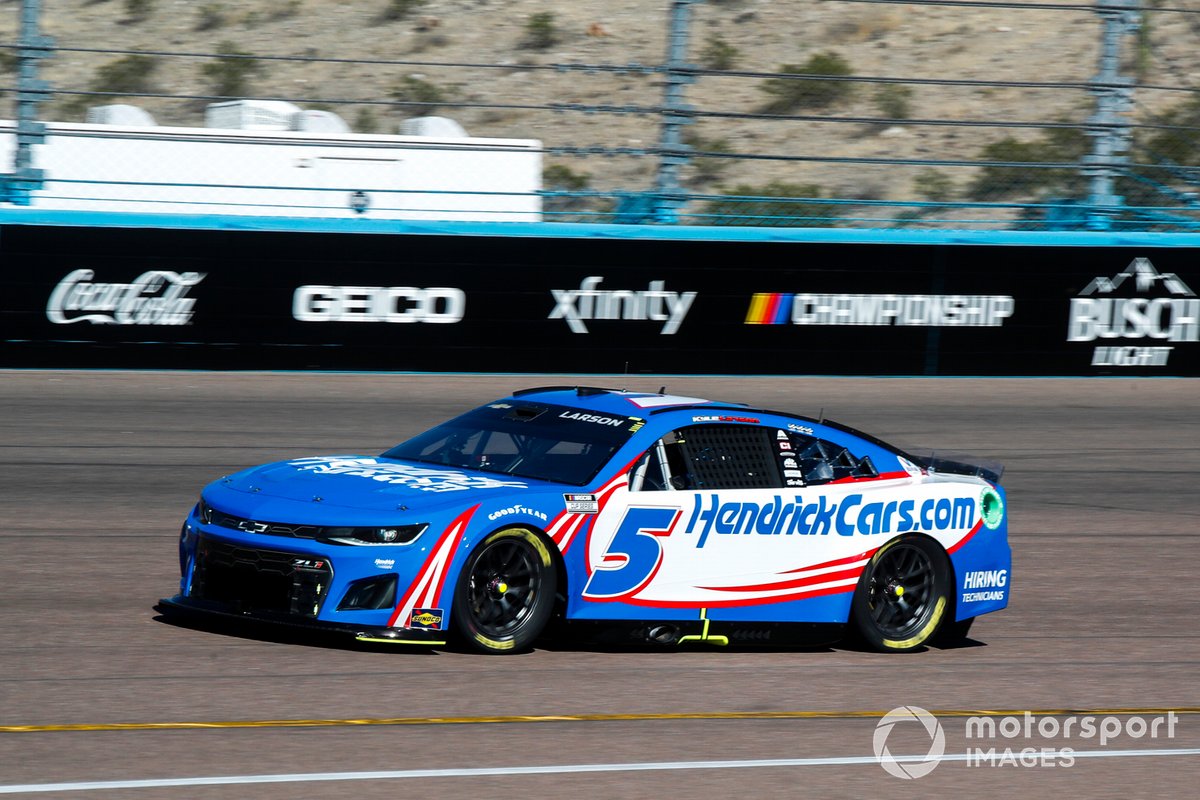 Pending additional 2023 entries, Kyle would become just the fifth driver to run "The Double" on Memorial Day weekend by racing in the Indy 500 and NASCAR's Coca-Cola 600 on the same day.

The most recent driver to do so was Kurt Busch in 2014.

Larson said the opportunity, which he had sought since before he was a sprint car driver, arose from a conversation more than a year ago.

“That was simpler than I thought it might be, and I thought, ‘Man, I don’t want to lose any momentum with this, so I’d bring it up here and there and I’d bring it up with Jeff [Gordon, Hendrick Motorsports vice chairman and NASCAR legend], because Jeff and Rick work side-by-side on a lot of this stuff. I made sure I mentioned it to Jeff a lot to just keep a bug in Rick’s ear, because I didn’t want Rick to forget about it. But thankfully he didn’t and they’ve been working really hard for a while now to find me the best opportunity…

“I do think we’ve assembled the best possible scenario for all of us involved to go and have a good run.”

McLaren CEO Brown suggested that teaming up with Rick Hendrick was something on which the team might be able to build in future.

“One of the many things that is very exciting about our partnership is like Mr. H said, we’re all a bunch of racers and race in different formulas, and have a lot in common, and you never quite know where partnerships could lead… That was one of the things that was very exciting for us – creating a partnership that when you get a bunch of racers together who have a passion for winning and racing cars, it can certainly lead to other opportunities in the future.”

He added: “We’re going to give him maximum preparation, whether that’s in simulation, whether that’s driving the racecar itself, whether that’s attending some IndyCar races and sitting in on debriefs. Obviously Kyle’s primary program is his quest for another NASCAR championship, so we need to work around what will be a very busy schedule for him, but we want to immerse Kyle and work with the Hendrick organisation to maximize performance both on and off the track.

“We’re now working through to define what is that – how many test days, where shall we test. I think the fact that Chevrolet’s tech center is around the corner from Hendrick Motorsports is certainly going to be a benefit and one of the reasons for an early announcement and early commitment was for maximum preparation.”