Juan Pablo Montoya wants to make a sixth Indianapolis 500 appearance in 2018, and hopes that racing with Penske in the IMSA SportsCar Championship will not prevent it

Montoya lost his full-time IndyCar seat to eventual 2017 champion Josef Newgarden at the beginning of this year, and was later confirmed as one of Penske's drivers in its all-new Acura IMSA team.

He made a brief IndyCar return for the two Indianapolis rounds, finishing sixth in the 500.

Asked if talks about another Indy 500 outing had begun, Montoya told Autosport: "We haven't had that discussion yet.

"But I told Roger [Penske] that I would be more than happy to do it if they want me to - and I hope they do.

"They said they'd have to look at it and see what would happen. If they offer it then sure, I would love to do it."

Montoya says that it would come down to balancing his IMSA commitments, and admitted that the Honda Performance Development/Acura IMSA ties could impact his chances, as Penske runs Chevrolet engines in IndyCar.

"I don't want to have that conversation!" he added.

"Penske has proven it can run five cars at Indy, so it's about having the IMSA crews switch across.

"It's a big effort, I understand that, but at least IMSA doesn't have racing that month, so it is possible." 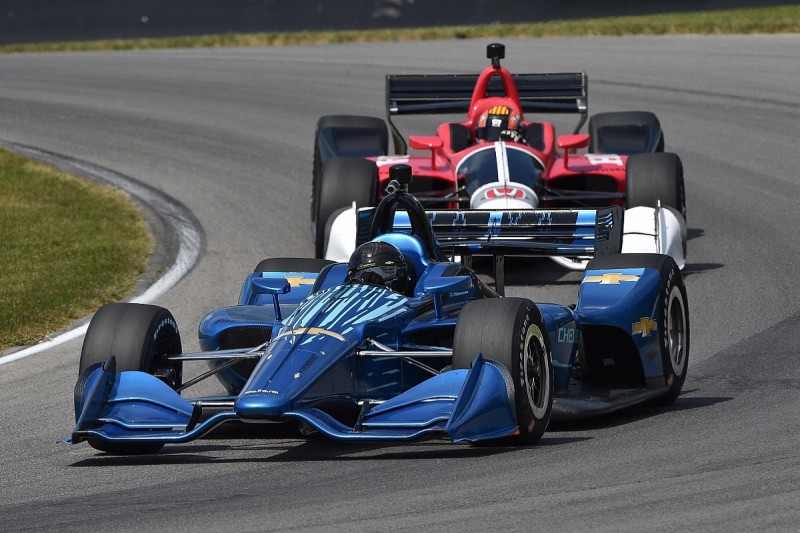 Montoya, alongside Oriol Servia, has taken part in every IndyCar-led test of the 2018 aerokit, and says that tyre supplier Firestone will have to make the gap between its two compounds larger next year.

For 2017 Firestone closed the performance gap between the primary black tyres and the alternate red, which led to criticism.

"I think that's one of the things Firestone will really have to work on - make that difference a lot bigger," said Montoya.

"You want the primary tyre to be half a second or a second slower but consistent.

"You want the reds to be crazy-quick but it's softer to force people to not do a full stint.

"If you have a red tyre that's so different that it splits up your strategy, you have to decide which stint you want to be shorter and with a lighter fuel load.

"That's going to create interesting racing, more passing, and so on."

Firestone Racing's chief engineer Cara Adams admitted that the debate over the two compounds is continuing.

"We're always working both with the teams and IndyCar to figure out how big that gap should be," she said.

Adams also added that IndyCar will have to adapt its compounds for oval races such as the Indy 500.

"The new aero package gives us the opportunity to look at new types of tyre," she said.

"They're all things we're looking at because the forward weight distribution will affect the front tyres a lot."