IndyCar opened up the Dallara IR-12 aerokit to manufacturers in 2015, which resulted in a steep increase in costs.

It also caused a split field as Honda struggled to adapt to the changes early on.

Chevrolet continued to dominate during the 2016 and '17 seasons and team owners and drivers who were initially against the manufacturer aerokit era became more critical.

In a bid to lower costs, increase competition and attract new manufacturers, IndyCar will introduce a universal aerokit for 2018.

Bourdais said that although opening up the aerokit rules was the right decision at the time, it has damaged IndyCar in the long-run.

"The general idea of the aerokit and manufacturers pushing and everything was a really good concept, but it turned out that we hurt the racing a little bit," he said.

Bourdais said a return to the original concept of the IR-12 as a spec chassis - which was used between 2012-15 - with an updated aerodynamic package can only help IndyCar improve its racing.

"If we can go back towards more of a philosophy of the DW12 [IR-12] where the thing worked really well, we had awesome races and it was somewhat possible to come back from not such a good qualifying and not be stuck in traffic," he added.

"First and foremost when you have a spec series you need to put on a good show for the fans and for the drivers to have fun and for the race to be dynamic, so hopefully it achieves that.

"It seems like in the early running the guys have been in agreement that the car does follow a lot easier, so that should raise the possibilities of passing, which is what it needs to be."

Bourdais says that the new aerokit will give a clearer picture as to which teams are performing, and that there will be no excuses for teams who fall back.

The Dale Coyne Racing driver won the 2017 season opener at St Petersburg but felt the strength of Penske's four-car operation prevented any other teams from competing regularly at the front. 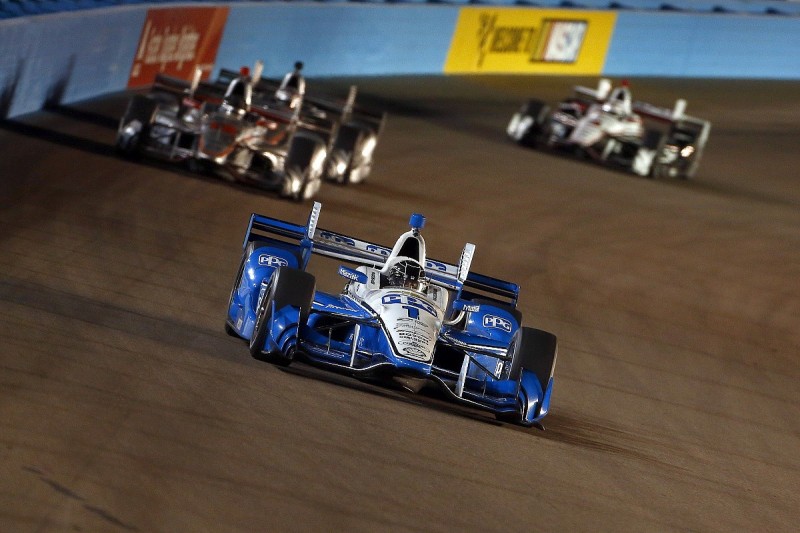 Penske won 10 of 17 races this year, and ran Josef Newgarden to the drivers' title.

"You are going up against almost a given Penske in the top six with four cars, so it doesn't leave you with much room," said Bourdais.

"Things are going to be shaken up a bit next year because we're all going to have the same aerokit, so it's going to be easier to see who has got what and where we stand.

"We'll have a clearer picture of what's really happening next year."