Penske dropped Montoya from its primary line-up in favour of Josef Newgarden after a disappointing 2016 season but kept the door open for Indy.

Team president Tim Cindric said Montoya had now agreed to stay on board for the one-off outing.

"We were really honest with each other about what our different goals were and for a period it didn't align but I think this is a good situation for both of us.

"After we sat down and told him the full-time ride would go to Newgarden, we asked him if he would be interested in running Indy with us.

"His first reaction was he wanted to run a full season with someone and especially with the way this season ended he wanted to give it another shot if possible. He didn't want to leave the team but wanted to see what else was out there.

"At the end of last week he told me the best opportunity was to run Indy with Team Penske so if the offer still stood that is what he wanted to do.

"He told me if he were in our shoes he would have looked at Newgarden too.

"He didn't have to like it or agree but he understood."

After Montoya's former CART and NASCAR employer Ganassi opted to retain Tony Kanaan for 2017, the Colombian's best options for a full-time drive were with Ed Carpenter and AJ Foyt's teams. 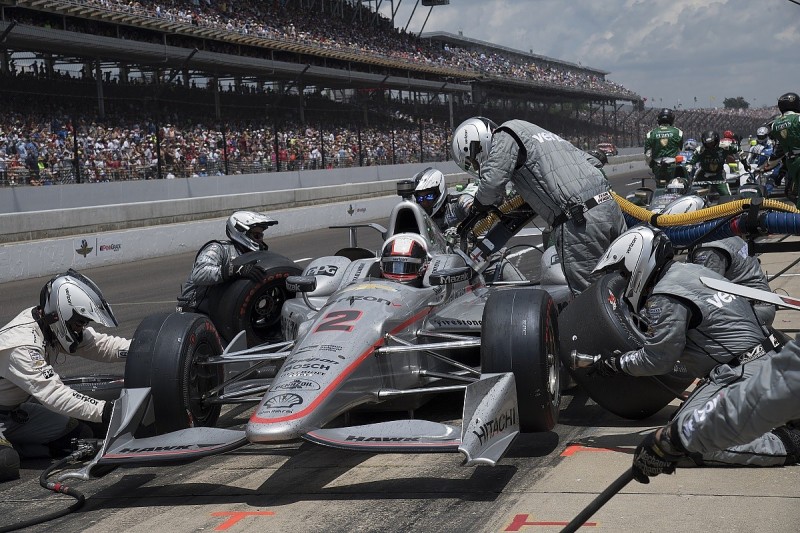 The expansion to a fifth car for Montoya alongside Simon Pagenaud, Will Power, Helio Castroneves and Newgarden will be Penske's biggest Indy 500 line-up ever.

"It tells you what we think of his ability and what he is capable of," said Cindric.

"We have good depth with our other four teams and will have to bring in some other people to do it the right way.

"Our position will always be that the cars we put out there in May should all be capable of winning."

Montoya could also be part of Penske's mooted return to sportscar racing in the IMSA series' revamped top class, though Cindric underlined this programme was a work in progress.

"Nothing has changed in our desire to go sportscar racing. We've always had that desire," he said.

"What has changed is IMSA is starting a different prototype category and it has manufacturers interested again."

Cindric expects Montoya will be part of Penske's IMSA programme when it comes together.

"We can't offer him something we don't have, but I think our odds are good," Cindric said.

"For next year? Probably not, but it's something we'll continue to work toward."