Bourdais, who was the last Indycar driver to win at Portland back in 2007, set a best time of 57.398 seconds to hold off Chip Ganassi Racing's Scott Dixon by just 0.0246s in the opening practice session.

Dixon, who suffered a harmless Turn 2 spin, was forced to skip the last five minutes of the 45-minute practice session as punishment for twice taking the checkered flag in yesterday's open test.

Reigning IndyCar champion Josef Newgarden took advantage of the disruption to finish third ahead of Marco Andretti and team-mate Will Power. 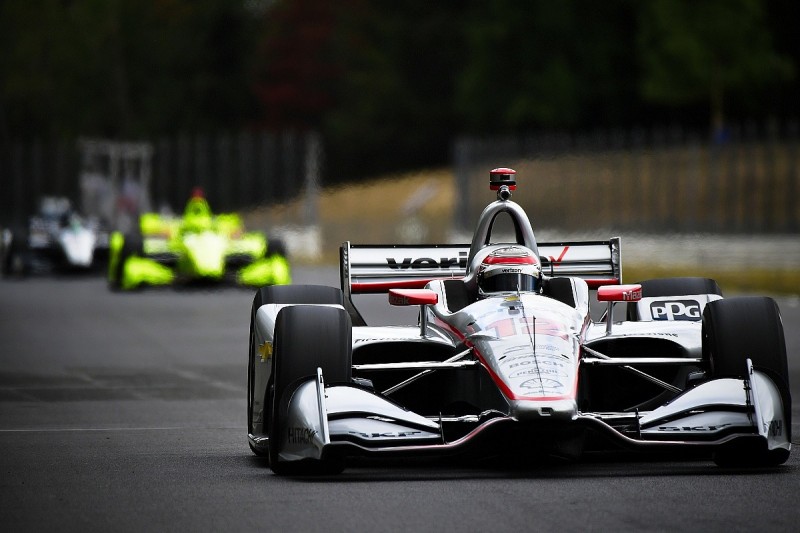 Power then topped the afternoon's session with a time of 57.4053s ahead of Andretti and a shock third place for banned Formula 2 driver Santino Ferrucci, who had been 12th in the morning's running.

Ferrucci is making his return to IndyCar with Dale Coyne Racing after a difficult debut in Detroit that drew criticism from Ed Carpenter Racing's Spencer Pigot.

Dixon was fourth in the session ahead of the returning Jack Harvey in the Michael Shank Racing affiliated entry, run in conjunction with Schmidt Peterson Motorsports.

His SPM team-mate and stand in for the injured Robert Wickens, Carlos Munoz, took his best placing of 16th in the afternoon session.

Drivers who suffered a miserable day included DCR's Pietro Fittipaldi who did not complete any laps in the morning, due to a brakes problem, and Penske's Simon Pagenaud crashed in the second session after showing middling pace in the earlier running.

IndyCar star Wickens moved to hospital near his Indianapolis home