Chip Ganassi Racing’s Marcus Ericsson admits he’s puzzled how he survived a lap 5 collision that sent him airborne before going on to take his second IndyCar victory in Nashville.

Ericsson ran into the back of Sebastien Bourdais’ AJ Foyt Racing car on a restart and launched high into the air, crashing down with a broken front wing which then got caught under his front wheels, causing him to tag the wall at Turn 6 and sustain further suspension damage as he limped back to the pits.

After that damage was repaired and he served a drive-through penalty for his contact with Bourdais, Ericsson was into the lead by lap 33 of the 80-lap event – aided by regular cautions, and bold moves on the subsequent restarts. He then staved off a daunting challenge from the weekend’s fastest driver, Colton Herta, while simultaneously fuel saving.

Herta crashed out on lap 75, bringing out the race’s second red flag (and ninth caution altogether). Following a restart with two laps to go, Ericsson held off team-mate Scott Dixon to win by 1.55s.

“I’m just trying to figure out how I ended up winning the race after being up, flying and seeing the sky on lap 5 and thinking my race was over,” remarked Ericsson, who broke his IndyCar duck earlier this year in Detroit.

“I feel sorry for Seb. I just got caught out there [on the first restart], when I thought they were going. I thought my race was over then.

“But then I got a repair on the car, I got a stop and go [penalty] and we were dead last. It was all about trying to recover.” 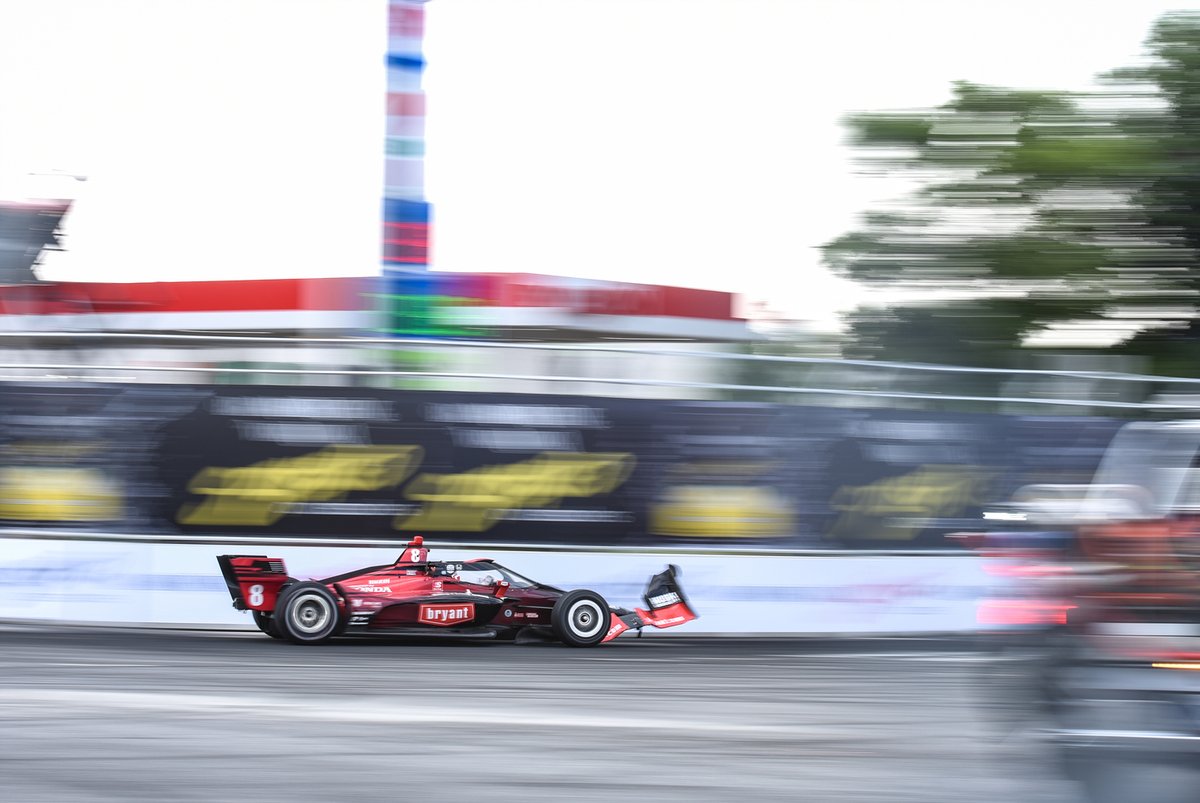 Ericsson said he initially thought “a solid top 15” would be the only positive outcome while carrying damage from the impact, before fuel-saving dramatically to reach the end.

“We did everything right when we needed to,” he said.

“In the end, when Colton was behind me, I had to do a really big fuel number to get us to the finish line and still keep him behind.

“That was one of the toughest challenges of my career and I’m very proud that I could keep him behind and keep the pace up. And that won me the race. He was pushing really hard as we could see, and he’s been the fastest guy all weekend.

“But then with the race as it was with all the incidents, there was going to be another red flag – it was not going to be an easy finish. Obviously I was very happy to finish it off and have another win.

“I’m still trying to figure out how I got here but the bottom line was that we were really fast. We were fast when we got some free air, we were fast getting by people and doing the fuel numbers needed.

“But in IndyCar anything can happen, it’s been like that over the years, and today once again it shows that you can never give up, keep pushing all the time, keep believing. If you have a strong team like I had, anything is possible.”

Ericsson remains fifth in the championship, but is now only four points behind Team Penske’s Josef Newgarden.