Dale Coyne is still hoping he can retain ex-Formula 1 driver Romain Grosjean, even as increasing speculation links the Frenchman to an Andretti Autosport spot in 2022.

Coyne lost his previous star rookie, Alex Palou, to Chip Ganassi Racing at the end of last year and the Spaniard is now leading the 2021 IndyCar Series championship standings.

His replacement at Dale Coyne Racing with RWR, Romain Grosjean, is competing in all road and street courses – and will make his oval debut at Gateway later this month – and has regularly starred this year, with pole position and a runner-up finish in the Grand Prix of Indianapolis.

But there are increasing rumours that Grosjean will replace Ryan Hunter-Reay in the #28 Andretti Autosport, and that he is of particular appeal to an international company such as DHL, whose long-time contract with Michael Andretti’s squad was extended by just one year towards the close of last season. Grosjean’s speed on road and street courses, frequently on display this season, and his willingness to try oval racing, may be enough to entice DHL to stay on board the #28 car.

However, Coyne says that he and Grosjean are still in talks about extending their deal.

“I think he’s happy with us, although I realise lots of people are looking at him right now,” he told Autosport. “We’ve done a good job for him, I think he understands that.

“Andretti’s team is good, and I understand a driver wanting to go there but I think we’re doing a good job for him, too. He’s been quick everywhere we’ve run him, in qualifying and the race, which shows he’s pretty complete. But you need to have the car to get the job done, and I think he’s helped show that we’re pretty complete.

“He and Olivier [Boisson, race engineer] have good chemistry, and that’s throughout the team, everybody here. This team feels like a family, we’ve heard that from a lot of drivers, and they like that. And this family likes Romain and his family very much.

“So we’re still talking and I hope we stay together.” 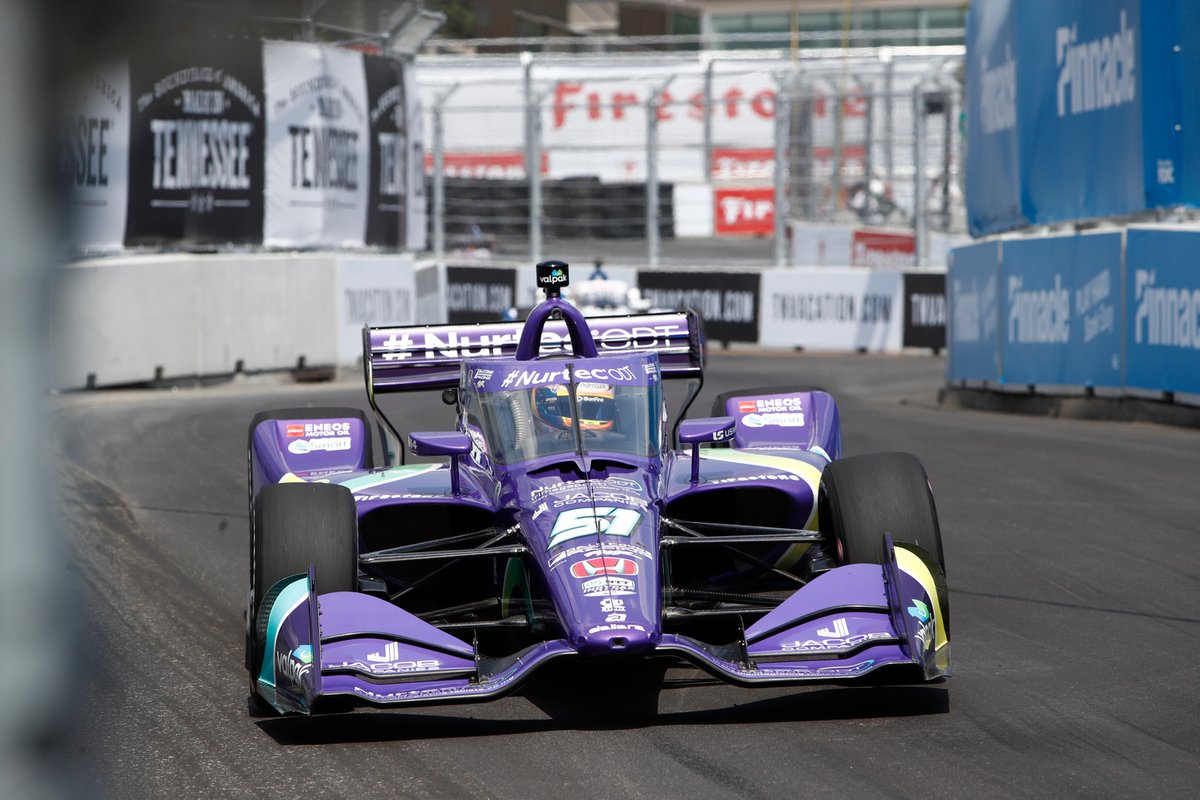 Should he lose Grosjean, Coyne believes that the 35-year-old has nonetheless demonstrated that the team is a potential go-to place for quality drivers of all experience levels.

“Yeah, in fact, I know that’s true – and if I let you look at my phone records of the last few months, you’d see the evidence, too!” he said. “I think it showed last year with Alex Palou, and I think it’s true of Santino [Ferrucci], too.

“Santino was a guy everyone had dismissed as a cocky kid who didn’t deserve a ride because he wasn’t good enough. He came here and he did a decent job, and a really good job on the ovals. He worked to change his personality, and I think that showed.

“Alex Palou arrived with a strong resume and he did very well. And now Romain – another driver who has done a good job for us and I think we’ve done a good job for him, and the motorsport world sees what we can do. That’s why I’ve gotten all the phone calls.”

The future of the second Coyne car, the #18 co-entered with Jimmy Vasser and James Sullivan and driven by Ed Jones, has been the source of much speculation.

“We’ll see what happens with the #18 car,” said Coyne. “I’d like to keep going as we have, with Jimmy and Sulli, but we also know that things change. So time will tell, and we’ll keep talking.

“Every team owner here is trying to prepare for different scenarios for next year because there are so many moving pieces right now. I’d say in the next three or four weeks we’ll know a lot more.